Testrol Gold ES is an advanced testosterone booster for men from the manufacturer GAT.

Testrol Gold is an advanced formula that naturally supports endurance, strength and testosterone growth in the body of athletes. Formula rich in compound known as DIM - 3,3'-diindolylmethane, a compound from indole-3-carbinol (I3C). The phytonutrient contributes to the reduction of estrogen levels in the body. The preparation supports the hormonal balance of men and is recommended for everyone over 35, as well as for athletes who use supplements with a strong anabolic effect in order to restore the proper level of testosterone.

Tribulus Terrestris - improves nitrogen retention, stimulates protein synthesis and muscle growth, increases the number of red blood cells and physical strength. The pro-hormonal activity of Tribulus Terrestris depends on the dose and content of steroid saponins. Saponins increase the level of natural, endogenous testosterone, while blocking androgen receptors, thanks to which only anabolic activity is enhanced. Tribulus Terrestris extracts lower blood triglycerides and cholesterol levels. They have anti-diabetic properties and reduce pathologically elevated blood pressure. Saponins have the ability to bind toxins and prevent fatty degeneration of internal organs. They also intensify diuresis, increasing the removal of toxins in the urine, and therefore are often used in detoxification therapy.

DIM - accelerates the metabolism of estrogen - female hormones, thanks to which it increases testosterone levels and accelerates the development of pure muscle mass. In addition, it accelerates the loss of unnecessary fat. Thanks to DIM, you will lose fat and build a beautifully pure mass at the same time. Additionally, DIM will protect you against cancer and prostate diseases.

Avena Sativa - considered by many to be a natural viagra, is used by both men and women to arouse excitement. It can increase sexual desire and restore the proper functioning of the nervous system, promoting a healthy state of mind.

Mucuna Pruriens - medicinal plant; Its seeds contain levodopa, which is a direct precursor to dopamine and an effective drug in the treatment of Parkinson's disease. It improves well-being and increases activity, resulting in increased exercise capacity and sexual function. L-Dopa contained in the product is highly bioavailable for the brain, which easily and effectively increases the possibilities of dopamine synthesis. This amazing neurotransmitter is an extremely important element for the proper functioning of the nervous system and the flow of nerve signals.

Fenugreek Seed - has a stimulating, pronounced effect on the increase in the amount of free testosterone. The saponins in fenugreek work in two ways. The first is to increase the release of CRH from the hypothalamus, which stimulates the pituitary gland to produce ACTH, which in turn increases the production of androgens in the adrenal cortex. The second way is to directly attach to the same receptors that testosterone attaches to and exert its anabolic androgenic effects. It has a positive effect on the overall level of androgens. Fenugreek stimulates the production of red blood cells, increases the absorption of nutrients in the small intestine, increases nitrogen retention in the body, stimulates protein synthesis, thus stimulating myogenesis (development of muscle tissue), growth of cartilage, bone and proper connective tissue.

Eurycoma Longifolia - plant extract by stimulating testosterone production and lowering cortisol levels, it also supports the process of building lean muscle mass. Due to its plant origin, the extract is safe to use and has no side effects. In addition, it improves sexual performance: Eurycoma Longjack root extract also has properties that improve libido, increase sexual performance and have a positive effect on sperm quality.

Epimedium Extract - a plant rich in the substance -carinic, which thanks to its properties is used to support the sexual functions of a man. Icarin inhibits the phosphodiesterase-5 enzyme, which blocks the inflow of blood to the corpus cavernosum placed in the penis, and additionally has strong properties that increase the synthesis of NO.

Ginkgo Biloba - effectively improves memory disorders and problems with concentration. It has a positive effect on the circulatory system, improving blood flow in the vessels. What's coolest, it delays the aging process. It inhibits or eliminates unpleasant tinnitus and dizziness. Has a slightly diuretic and cleansing effect. It inhibits the activity of free radicals (antioxidant effect), which helps to keep the skin youthful. The positive effect of ginkgo extract on the human body has been well known in China for 5,000 years. Ginkgo is the oldest woody species in the world and one of the longest-lived - it can reach the age of 1000 years and a height of 30 meters.

Saw Palmetto - obtained from the fruit of Serenoa repens, it is characterized by a high content of fatty acids showing the ability to inhibit the activity of 5-alpha-reductase converting testosterone into dihydrotestosterone. DHT is characterized by a much higher adrenergic potential, it causes many side effects characteristic of too high androgen levels. In addition to reducing the negative effects of dihydrostestosterone activity, Saw palmetto extract also helps to maintain a high concentration of the male sex hormone in the blood.

Damiana Leaf - is used primarily as an ingredient that strengthens the sex drive in both men and women. In women, it significantly improves sexual appetite, especially during menopause. In addition, St. Damian's herb increases the pleasure derived from sex, because it increases the blood supply to the genitals of both partners. What's more, the use of the extract of this shrub is also an element of fertility therapy and the treatment of impotence.

Folic Acid - folic acid has an important effect on health because it reduces the risk of anemia and helps in concentration and relieves the feeling of chronic fatigue.

Vitamin B12 - is a vitamin responsible for the proper functioning of the nervous system, it is also involved in the metabolism of proteins and fats and contributes to the proper level of homocysteine, supporting the circulatory system. It stimulates the production of serotonin - a neurotransmitter responsible for a good mood. It also acts directly on brain cells, protecting them from toxins.

Magnesium - affects the functioning of the nervous, muscular and bone systems. Magnesium also participates in the regulation of insulin levels in the blood, which also affects body weight. In a nutshell, too low a level of magnesium can upset the processes that regulate the uptake of sugars (glucose) circulating in the blood. Instead of being burned in muscles, sugar is transformed into reserves in adipose tissue. Increasing the level of magnesium allows the body to efficiently transport sugars to the muscles, where they are burned. Our cells (they contain magnesium) are also more sensitive to insulin, which regulates glucose management in our body.

Zinc - detoxifies the body, neutralizing the harmful effects of heavy metals - cadmium and lead. Its beneficial effect is to improve metabolism, accelerate wound healing, improve the state of mind, protect the eye and take care of the proper functioning of the senses. Zinc has been proven to improve the condition of the skin, hair and nails. This mineral is involved in the processing of fatty acids, which affects the regeneration of tissues - especially the skin. Thanks to it, wounds heal faster and fill the defects in its tissue.

Selenium - is a very important mineral for health. Its strong antioxidant effect protects cells against free radicals, thus counteracting the effects of oxidative stress, preventing cell aging. It protects tissues against degeneration and maintains the elasticity and youth of the skin. In addition, the mineral stimulates the immune system, and also has an anti-inflammatory function.

2 tablets daily on an empty stomach. 8 week cycle with 2 weeks off. 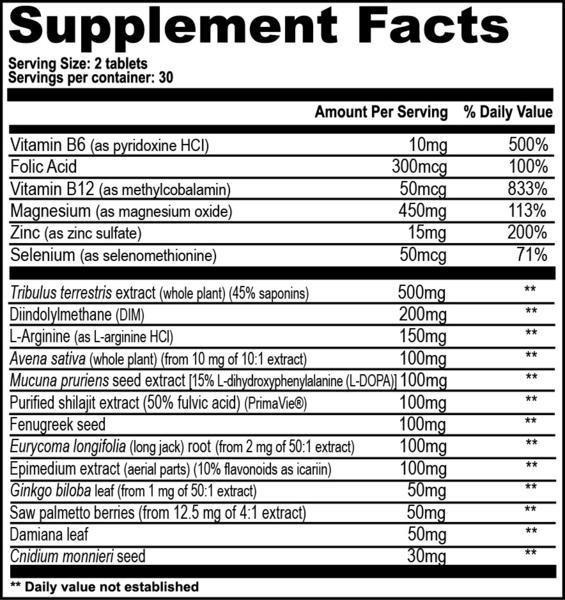