When you are training you should only focus on one thing to maximally prepare your mind and muscles for the upcoming battle with weights. You need a workout that will awaken you in the heat of 1000 Suns and supernova energy. Dust X is the most powerful and the most explosive pre-workout supplement that will provide long-lasting energy and increase the feeling of the muscle pump to a maximum. Each scoop of the product will prevent you from leaving the training room. Dust X is a new formula from Blackstone Labs. The supplement contains as much as 4g of citrulline malate and 1g of agmatine sulphate which will provide you with effective training with the pump. The hardcore mix has been enriched with 350 mg of stimulating caffeine. The supplement is one of the stronger pre-workout games therefore it is recommended for advanced athletes.

Citrulline malate 2: 1 citrate (4g) stimulates the production of nitric oxide, and then improves blood flow, dilation of blood vessels, transport of oxygen and nutrients, and increases the muscle pump. Citrulline malate is superior to L-Arginine to increase NO production and also serves as an incredibly effective endurance agent.

Beta Alanine (2.5 g) increases strength and reduces fatigue, improve the muscle's ability to remove lactic acid. Numerous studies have shown that beta alanine is a valuable ergogen that extends physical exercise time and improves athletic performance. is necessary for the production of carnosine and building blocks that help to prevent the aging of the body. The compound supports the proper functioning and development of muscles. Amino acid is known for reducing muscle fatigue, which can help your muscles work better during training. This in turn promotes muscle growth. Beta-Alanine is particularly helpful in intensive short-term training such as weight lifting.

Agmatine sulphate (1 g) supports the feeling of the pump and the production of nitric oxide by inhibiting the enzyme that breaks down arginine in the body (arginase). Agmatine works synergistically in combination with citrulline malate to ensure a steady and strong increase in nitric oxide throughout the training. . In studies using agmatine, it has been shown that its action may support protein synthesis even twice, which in addition to the action of agmatine itself, is also associated with the action increasing the supply of nutrients to muscle tissues.

Phenylethylamine (500 mg) acts as a stimulant of the central nervous system, which increases the level of so-called happiness hormones such as dopamine and serotonin. Phenyloethylamine (PEA) penetrates the blood-brain barrier, resulting in a strong and rapid increase in mood and general well-being.

Anhydrous caffeine (300mg) provides an immediate increase in energy. Anhydrous caffeine absorbs quickly and stimulates, resulting in significantly increased energy, focus and motivation. It blocks the adenosine receptors in the brain, which results in eliminating the feeling of tiredness during training. Due to its thermogenic action, it effectively burns fat and improves metabolism.

2-Aminoisheptane (150 mg) is a potent psychostimulant that competes with DMAA. Also known as DMHA, 2-aminoisheptane is an aliphatic amine that promotes focus, intensively increases energy and drive to function.

Higenamine 75 mg - is currently used as a DMAA replacement with fat burning properties. The compound has many benefits especially when used as a pre-workout supplement. Its positive effects are quickly noticeable in the form of increased energy as well as improved concentration and increased mental clarity. Unlike many other stimulants, higenamine does not put pressure on blood vessels. This is extremely useful for athletes, especially those who do strength training.

Huperzine A (300mcg) increases the production of acetylcholine indirectly by inhibiting acetylcholinesterase, an enzyme that breaks down acetylcholine. Huperzine works with DMAE to promote long-term focus, concentration and alertness during training. Hupercine A is an alkaloid of plant origin, isolated from a plant of the genus Huperzia serrata, widely used in Asian countries. The substance indirectly influences the activation of nicotinic receptors, which increases the strength of muscle contraction. As a result, the training is easier and more effective. Scientific research proves that regular consumption of this compound promotes an increase in acetylcholine concentration. Supplementation has a positive effect on memory improvement, effective absorption of knowledge and increases the ability to concentrate. It has been proven that this alkaloid compared to other substances is able to more effectively exceed the blood-brain barrier and is characterized by a much higher bioavailability. As a result, it is one of the most effective substances increasing the activity of acetylcholine in the central nervous system 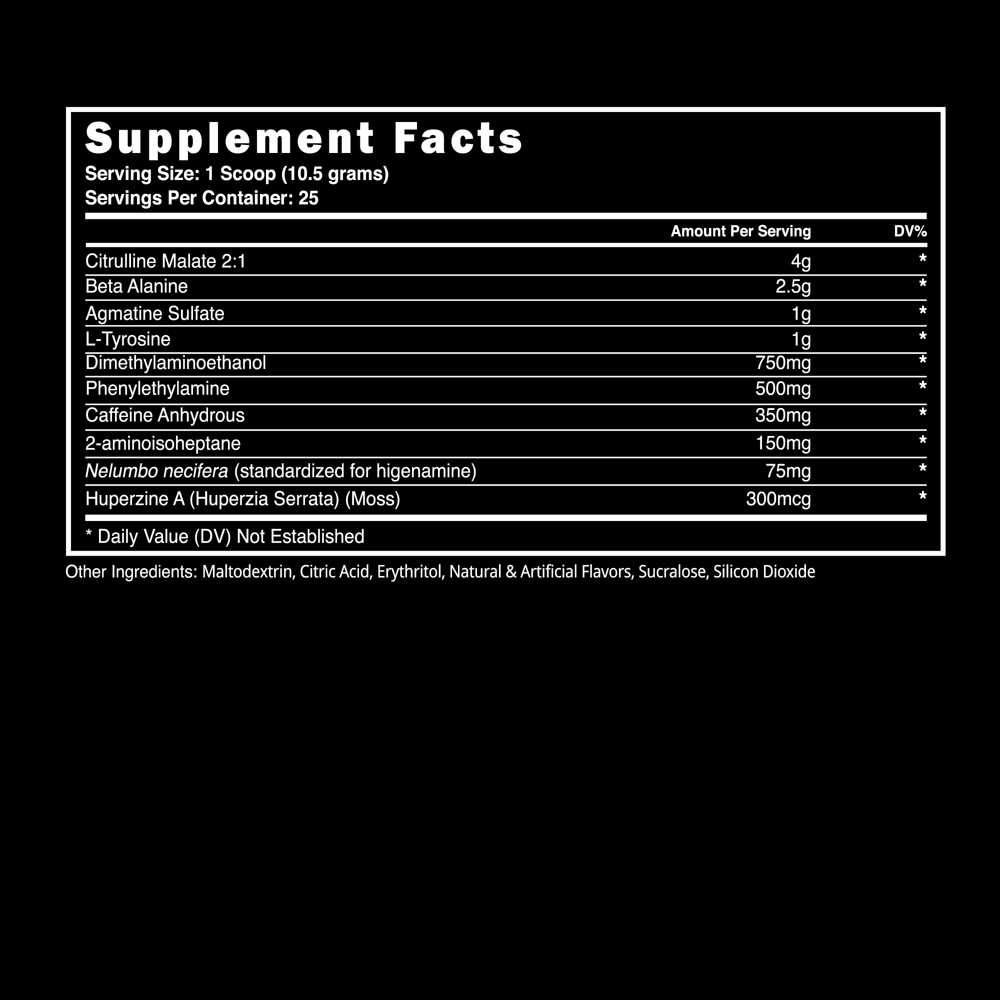