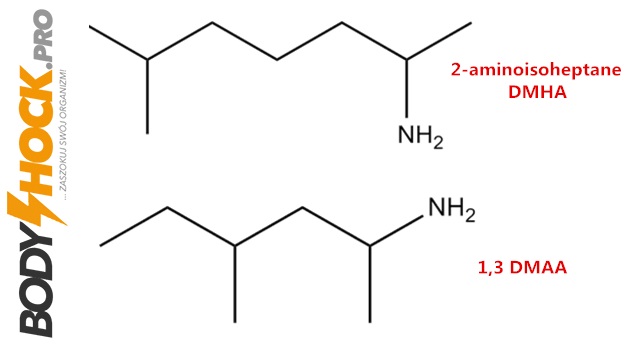 Many of you already know that dmaa (geranium) is more and more difficult to obtain not only in Europe, but also in the US country where the most companies produce a strong commodity, which you like so much. For those who do not yet know, we have bad information the largest producer Hi-tech pharmaceuticals officially ended the production of dmaa-based products, including: the world-famous APS mesomorph, Hi-tech Lipodrene, Hi-tech Stimerex, Innovative hellfire, Innovative black mamba, Iforca dexaprine and many other products. Hi-tech also supplied many other smaller companies, so access to dmaa is really not great. Dmaa in the US is now being prosecuted by the FDA (drug police), the FDA is trying in every way to cut Hydra's head by stopping Chinese suppliers, guarding ports and delivering air supplies to arrests of supplement manufacturers. Below is a piece of conversation from one of the big producers in the USA with its supplier in China. 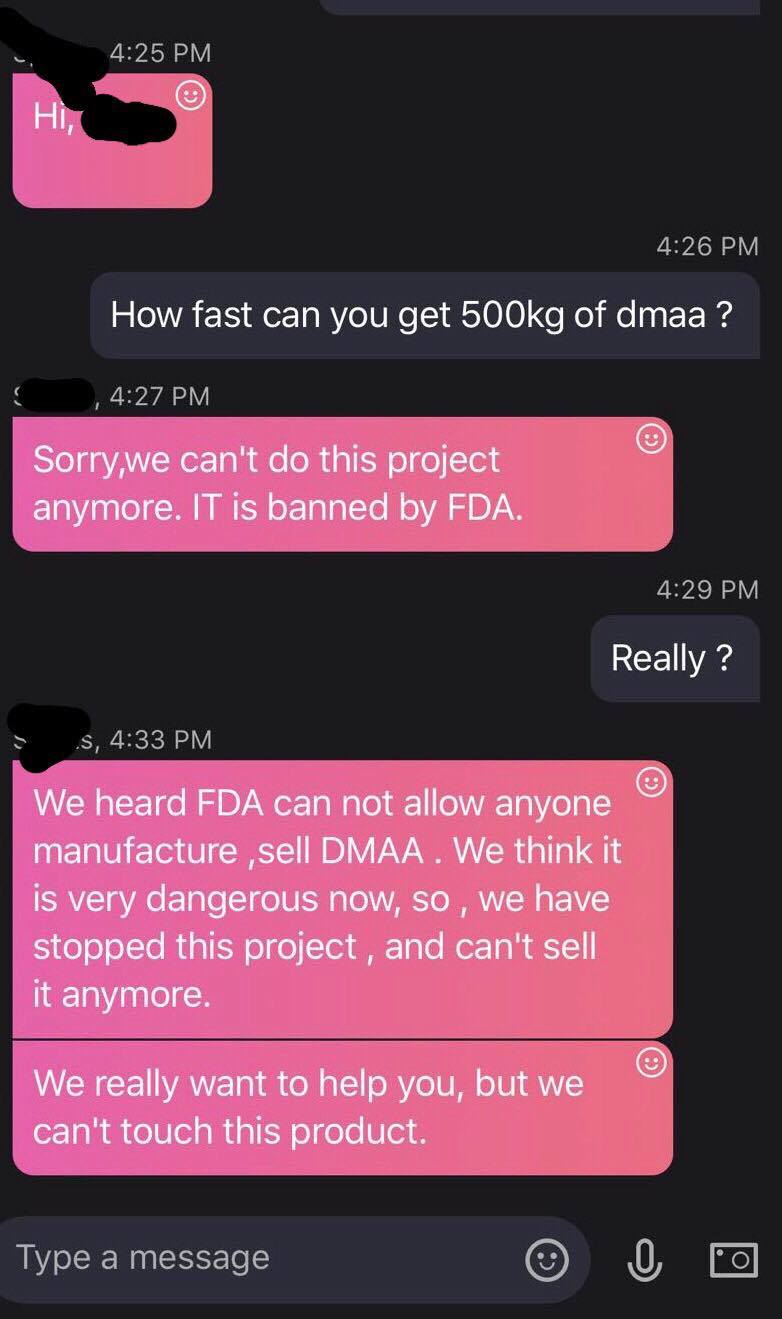 The market does not like emptiness - the mass of customers all over the world expects strong shots that will allow them to give 110%. For all fans of strong impressions, the producers started looking for new substances. If you are interested in the supplement market, there is no doubt that you have heard about the new generation of stimulants that are conquering the market. Sure, many of you know regularly used stimulants such as caffeine, synephrine and the like, but hardly anyone has heard about the really strong new generation of toys. Currently, in the most powerful products, instead of the popular 1.3 dimethylamine, we will see equally strong dmha called Octodrine or 2-amino-6-methylheptane, Eria Jarenesis known as N-phenethyl dimethylamine, AMP-Citrate known as DMBA.

The most effective combination is DMHA and Eria Jarenesis, such a combination does not give way to the famous dmaa, on the contrary it has even more advantages!

DMHA or dimethylhexylamine is a stimulant that has other names such as 2-aminoisoheptane or octodrine. DMHA has a relaxant effect on the bronchi, thanks to which our aerobic capacity increases, moreover it has decongestant activity (narrowing blood vessels, causing an increase in the oxygen flow rate), does not cause "stupor" and sharpens the senses that could not always be experienced with dmaa.

Thanks to DMHA, the pain threshold is felt (the same pain will be less pronounced after taking the substance). Essentially, the substance reduces fatigue and allows for a significant increase in exercise intensity. Increases concentration and suppresses appetite. The best aspect of DMHA that can be used to improve training parameters is its ability to increase energy levels and increase attention. In addition, it has a similar structure to compounds that are perceived as monoamine releasing agents. This means that it can potentially increase the level of monoamines, such as dopamine and norepinephrine. This can support motivation and willingness to train. Because strong stimulants are also excellent appetite blockers, DMHA can also potentially be used to help lose fat by minimizing thirst for snacks and possibly leaving the diet.

It was assumed that the appropriate dose of DMHA for an athlete is 1mg / kg - many users report the use of doses twice as high, which give amazing effects stimulating the nervous system and eliminate the feeling of fatigue.

Eria Jarenesis or N-phenethyl dimethylamine is an interesting ingredient that many companies in the supplementation industry consider a new replacement for DMAA. It is still relatively new in the world of supplements, but it is slowly becoming part of more and more training supplements and fat burners.
Eria Jarenesis is isolated from a plant from the orchid family. And this is the only plant we've found out that supplies N-phenethyl dimethylamine.
The Eria Jarensis extract is used in pre-workout and fat burners in order to achieve a similar effect to DMAA - agitation, great concentration, alertness and euphoric effect.

Eria Jarensis, N-phenethyl dimethylamine or cocoamine, acts as a neuromodulator on the central nervous system, giving many benefits to cognitive functions. Provides effects that improve mood by increasing the level of dopamine and nor-adrenaline in the body. Dopamine is responsible for increasing the sense of well-being, so the extract from Eria Jarensis provides a euphoric effect, and at the same time reduces the feeling of anxiety. Dopamine and noradrenaline are also associated with increased mental alertness and concentration.

The dose giving good results is 1mg / kg, but in this case many users report using twice as high doses.

Amp Citrate gives a feeling of well-being, high-energy injection, allows you to exercise much longer and more intensely, improves memory and concentration, and although it is similar to DMAA, it shows much less side effects. It does not cause such side effects as:
feelings of anxiety, anxiety or irritability that some DMAA users have complained about, as well as so-called "crash" (go down after the end of the action)

Like its DMAA cousin, AMP Citrate can be used with caffeine and has a synergistic (much stronger) effect. Works well both as pre-workout and fat burner, especially when combined with caffeine. However, be careful in dosages, when combining many supplements because AMP Cytrynian is a strong stimulant !!! This is a great product for people who miss old DMAA and for people who have had unpleasant side effects from DMAA.

AMP Citrate combines well and complements with anhydrous caffeine, L-theanine (green tea extract), Hordenine HCL, PEA.
It should be remembered that the combination shows a much stronger effect, especially when combined with caffeine, hordenine and smaller doses of individual supplements should be used.