A set of ingredients that build muscles and strengthen strength with the addition of vitamins. The Crea Star supplement is perfect for building lean muscle mass. The combination of the best forms of creatine increases strength and builds muscles. The use of Crea Star guarantees quick training progress in a short time.

The preparation recommended for athletes affects the regeneration of the body, increases training efficiency and reduces muscle acidification.

Creatine Citrate - a combination of creatine molecules and citrate, which effectively increases the bioavailability of creatine and increases its absorption. Citrate itself is a supplement to creatine due to its participation in metabolic changes. Creatine primarily increases the concentration of phosphocreatine in the muscles, which results in an increase in muscle mass and training endurance.

Kre-Alkalyn - is a stable high-quality form of creatine. The product is characterized by a very good digestibility and has a strong anabolic effect without causing side effects. It contains a buffered form of creatine in the form of monohydrate. Thanks to this form, it remains stable in the acidic environment in the stomach, and is also absorbed faster, which results in a faster increase in muscle mass and strength.

Taurine - this amino acid increases the endurance of the body and counteracts the symptoms of fatigue, and also improves our concentration. Taurine enables faster and more effective post-workout regeneration. Another important feature of this amino acid is that it reduces the negative effects of stress while we are on reduction and follow a low-carbohydrate diet. Taurine is also anti-catabolic and supports the transport of creatine.

GlutaZorb - a patented form of glutamine. It reduces muscle catabolism, is an additional source of fuel for the body, thanks to which the reserves which are the basis for building muscles are not depleted during training. Energy is supplied on an ongoing basis, it is not taken from our muscle mass. The amino acid glutamine increases overall endurance and enables long, intense workouts, additionally protecting against the loss of muscle glycogen.

Vitamin B3 - plays important roles in the body - is necessary, among others, for the proper functioning of the brain and peripheral nervous system. Additionally, nicotinic acid is involved in the synthesis of sex hormones, cortisol, thyroxine and insulin. Scientists confirm the information about the equally surprising properties of vitamin B3. According to them, it improves the ability of immune cells to destroy Staphylococcus aureus bacteria (golden staph). Under the influence of this vitamin, the number of white blood cells increases, which can neutralize and absorb harmful bacteria.

Magnesium - is necessary for the proper functioning of the human body. It is the main intracellular ion. It is a cation, i.e. a positively charged ion, which is involved in over 300 enzymatic reactions taking place in the cells of our body. Its effects are diverse, and the most important ones include participation in the synthesis of proteins and DNA, which is the basic information carrier in our body. In addition, magnesium plays a key role in the process of muscle contraction and relaxation as well as neuromuscular excitability. Magnesium is also responsible for the proper structure of bones and teeth. 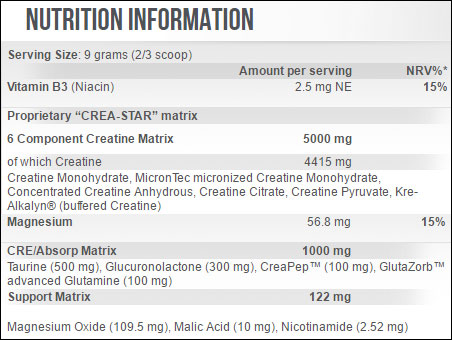