Now Foods Ashwagandha 450 mg is a dietary supplement containing Vitania sluggard root extract (commonly known as Ashwagandha) standardised for its bioactive substances - vitanolides. The dietary supplement is especially recommended for people living under constant stress, overworked, overtired, with sleep and mood problems. Due to its range of health-promoting properties, it is used to support the cardiovascular system, the immune system and to improve thyroid function, blood parameters and lipidogram.

NowFoods Ashwagandha 450 mg is a

Ashwagandha (Withania somnifera) - 450 mg - a medicinal plant used in traditional Eastern medicine; is called Indian ginseng because of its adaptogenic properties, i.e. increasing the body's resistance to stress factors, stabilizing the mood and regulating the functioning of the immune system. In alternative medicine, it is used as a cure for rheumatism, exhaustion, sexual inability and memory impairment. It contains many biologically active substances, including nicotinic alkaloids, beta-sitosterol, witanolides (including witanolid D), coumarins, sitoindosides, chlorogenic acid and vitaferin A.

Ashwagandha is widely used as a sedative, calming agent and healthy sleeper. It allows the body to adapt to stress factors, thanks to which it returns to homeostasis, despite the influence of stressors. It restores an unregulated body to proper functioning, despite a poor diet, lack of sleep or physical or mental fatigue.

Sleepy greetings are widely valued primarily for their mood-improving, anti-stress, anti-anxiety, antidepressant, improving adaptation to the environment, increasing confidence, extraversion and openness to new experiences. It owes its properties to the ability to sensitize serotonin receptors (5-HT), due to which the same amount of serotonin by binding to a specific receptor acts more strongly and efficiently, i.e. it increases the frequency of nerve impulses on the serotoninergic pathways.

Numerous studies, experiments and practice confirm the anxiolytic (sedative), antidepressant and neuroprotective effects of lethargic extracts, with no side effects or toxicity. In one study, alcohol extract was used for patients suffering from anxiety neurosis. At the end of the month, most of the most unpleasant symptoms such as anxiety and social phobias disappeared. Further experiments confirmed the usefulness in the case of manic depressive illness, alcohol psychosis and schizophrenia. Another experiment showed inhibition of peptide amyloid formation in brain tissue, which is the main causative agent of Alzheimer's disease. On this basis, researchers speculate that greeting donkey may be used in the prevention of neurodegenerative diseases as well as in the treatment of their symptoms.

Rheumatoid arthritis (RA, arthritis) is an inflammatory, chronic rheumatic and autoimmune disease. It is characterized by inflammation in the joints, combined with pain, swelling, stiffness and reduced mobility. It leads to the destruction of cartilage tissue, joint deformities, contractures and functional impairment, and ultimately is a common cause of disability, progressive disability and premature death. Clinical trials were conducted among 60 RA patients who had all treatment discontinued (including NSAIDs), followed by 90 grams daily (two divided doses) of powdered Ashwagandha root for 90 days. After treatment, a 93% reduction in joint stiffness, an 83% increase in handshake, a 24% decrease in leukocyte count (reduced autoimmune response), and a 24% increase in serum iron were noted. On this basis, scientists put drowsy Vitamin as a potential agent for the treatment of RA.

One study confirmed the antioxidant, detoxifying and anti-cancer effect of the extract of roots Witania lethargic. 16-week supplementation effectively prevented tumor formation (fibrosarcoma) in mice that were artificially induced by the administration of 20-methylcholantrene (a highly carcinogenic agent).

Detoxification of the body

Ashwagandha has a positive effect on the work of internal organs, especially the kidneys and liver. One study confirmed its detoxifying properties in the case of poisoning with carbendazim, which accumulates in the kidneys and liver and damages these organs. The administration of powdered root after 48 hours almost completely cleared the body of this toxin.

Other properties of Ashwagandha: 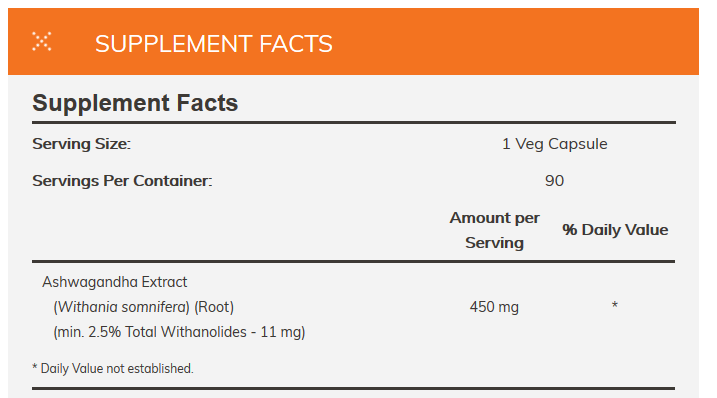