Probiotics - why is important for the body? 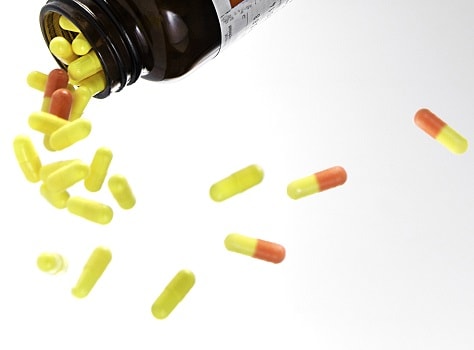 Probiotics are selected strains of microorganisms given to man (or animals), exerting a beneficial effect on the maintenance and / or restoration of microbial balance in the digestive tract. If you intend to buy such, it is worth knowing what strains to pay attention to.

For strains with documented pro-health properties, we can include

Why are they so needed for organzi?

• They mainly deal with the reconstruction of the intestinal flora
• They fight against bacteria of the Helicobacter pylori species, considered the main cause of inflammation of the gastric mucosa, ulcers and cancer of this organ.
• Effective in the treatment and prevention of Crohn's disease, sensitive bowel syndrome,
• They help in the treatment of constipation and stimulate the immune response.
• Relieving the symptoms of lactose intolerance is helpful in acute gastrointestinal conditions and during intestinal infections.
• Their use is even necessary during antibiotic therapy (when taking oral agents such as prohormones)
• A number of studies indicate that lactic acid bacteria are essential in the prevention of cancer, mainly affecting the digestive system.
• Possible improvement of glycemia and insulin sensitivity.
• An important role in the pathogenesis of type II diabetes
• Treatment of dysbiosis.
• Effect on weight loss (new studies)
• They stimulate antibodies as well as enhance the immunological effect of macrophage, lymphocyte, cytokine, immunoglobulin and interferon cells.
• Should be considered as a potential therapeutic for the prevention of postmenopausal osteoporosis.

The positive impact of the use of probiotics, i.e. bacterial strains that are part of the natural intestinal microflora, is associated primarily with eliminating the negative consequences of the antibiotic therapy. Meanwhile, the benefits of their presence in the diet are really surprisingly broad and definitely desirable. Probiotic bacteria appear to affect the functioning of the whole organism.

Probiotic bacteria have the ability to produce compounds that positively affect the pH prevailing in the digestive tract. Thanks to this, they inhibit the development of pathogenic microorganisms and prevent the development of both local and systemic infections. By including probiotic in the diet, we can avoid both food poisoning and reduce the risk of many other diseases with viral, fungal and bacterial media.

Probiotic bacteria affect the so-called Intestinal permeability, thanks to which they reduce the penetration into the body of both dangerous pathogens and immunogenic compounds contained in food, counteracting allergic reactions. Intestinal permeability is a very important issue affecting the functioning of many systems and organs.

Probiotic bacteria have the ability to break down some of the compounds found in foods. The flagship example here is milk sugar - lactose, which due to the deficiency of a specific enzyme (lactase) is a source of digestive problems for a considerable group of people. Probiotic bacteria can reduce or completely eliminate the undesirable symptoms associated with the presence of lactose in food.

Although it seems quite surprising, it has been observed in scientific research that the composition of the intestinal microflora may influence the course of inflammatory processes within the motor system. Probably probiotic bacteria due to the products of their activity may inhibit the release of proinflammatory cytokines.

Probiotics have antitumor activity, which is related to their ability to neutralize carcinogenic compounds, and probably also the effect on some activities of malfunctioning cells in the intestines. The mechanisms underlying this dependence are currently being intensively studied.

Probiotics may be an element of prophylaxis of hypertension. How is this possible? It turns out that the micropeptides produced by Lactobacillus Helvetius act similarly to antihypertensive drugs from the group of angiotensin-converting enzyme inhibitors.

Scientific research indicates that inclusion of probiotics in the diet positively affects the lipid metabolism, improving the ratio of LDL (low density lipoprotein) to HDL (high density lipoprotein). This is important in the prevention of diseases such as atherosclerosis.

Condition of the microflora
Show more entries from July 2017
Recommended