Old and The best version of Total War !
Product can be a little clumpy but works very good ;)

Redcon Total War is an excellent pre-workout aimed at people looking for extreme training experiences and fed up with experiencing subsequent disappointments by dubious quality products. The RedCon1 product has a carefully designed formula of ingredients, so we can be sure of the quality of the supplement and the guarantee of effective operation. The supplement provides excellent stimulation, increased training motivation with a large dose of energy and a substantial muscle pump.

Total War includes, among others:

Citrulline malate - participates in the synthesis of nitric oxide (NO) and phosphocreatine and the oxygen metabolism of glucose, thereby increasing the uptake of oxygen, glucose, amino acids and creatine and energy production through muscle cells. It reduces the concentration of lactic acid and ammonia in the muscles, allowing the body to recover energy faster by increasing the level of creatine phosphate and re-synthesizing ATP. Citrulline malate is a much more effective form than high doses of arginine, as it is its precursor. At the same dose as arginine, it is more effective in increasing its amount in the body than arginine alone.

Agmatine Sulfate - agmatine sulfate increases the storage of glycogen and affects water retention in the muscles. The product increases the level of nitric oxide (NO), intensifying the feeling of the muscle pump, desired among athletes performing strength training. Agmatine perfectly increases endurance and shortens the regeneration time. It improves the supply of nutrients to muscle cells. It also has an insulin-like effect that improves the insulin response through its increased production, which is crucial for a lean, muscular figure.

Taurine - this amino acid increases the endurance of the body and prevents the symptoms of fatigue, and also improves our concentration. Taurine enables faster and more effective post-workout regeneration. Another important feature of this amino acid is that it reduces the negative effects of stress while we are on reduction and following a low-carbohydrate diet. Taurine is also anti-catabolic and supports the transport of creatine.

Caffeine Anhydrous - has a thermogenic effect and suppresses appetite due to the increase in the production of adrenaline and norepinephrine. It has been proven that it causes an increase in the formation of neurotransmitters such as dopamine, acetylcholine or even serotonin in the central nervous system, which exerts a stimulating effect and increases cognitive functions. The overall effect of caffeine on the body allows you to maintain the effectiveness of training and maintain a positive mood, despite the caloric deficit.

AMPiblast - a proprietary name of a product developed on the basis of the fruit extract of Juniperus communis L., an evergreen tree from the Cupressaceae family that grows abundantly in areas of the globe with a cooler climate, especially in the mountainous area of ​​Himachal Pradesh located in India. Due to direct antioxidant properties and indirect ones caused by the increase in the concentration of superoxide dismutase, catalase and glutathione peroxidase, it has an anti-apoptotic effect in the nervous system. It reduces inflammation and reduces the feeling of pain, including headache. By interfering with the neuronal excitability, it reduces the feeling of fatigue and discouragement, motivating the body to continue working. It shows synergism of action with caffeine.

Infinergy Di-Caffeine Malate - a combination of caffeine and malic acid. It stimulates the central nervous system and the vegetative centers: respiratory, vasomotor and vagus nerve. It also has an excellent thermogenic effect and converts calories into heat, significantly increasing the metabolic rate. It evenly stimulates the cerebral cortex, which means increasing the efficiency of thinking and preventing fatigue. It lowers the risk of liver and colon cancer, and stimulates the release of fatty acids into the bloodstream, which is why it is considered one of the ingredients that accelerate slimming.

Cocophenols - by inhibiting cAMP-degrading phosphodiesterase, it increases its concentration, thanks to which it affects the maintenance of clarity of thinking and promotion of the lipolysis process, thanks to which it increases the pool of readily available energy substrate resources. Theobromine also affects the relaxation of blood vessels and lowering blood pressure.

Naringin - a flavonoid found in a grapefruit. It increases the rate of metabolism, increases lipolysis, strengthens blood vessels, has anti-inflammatory properties and lowers cholesterol.

Bioperine - the active ingredient of black pepper, has a thermogenic effect. It can increase the blood supply to the digestive system tissues, resulting in better digestibility of food ingredients. It significantly improves the bioavailability of many active ingredients of supplements. 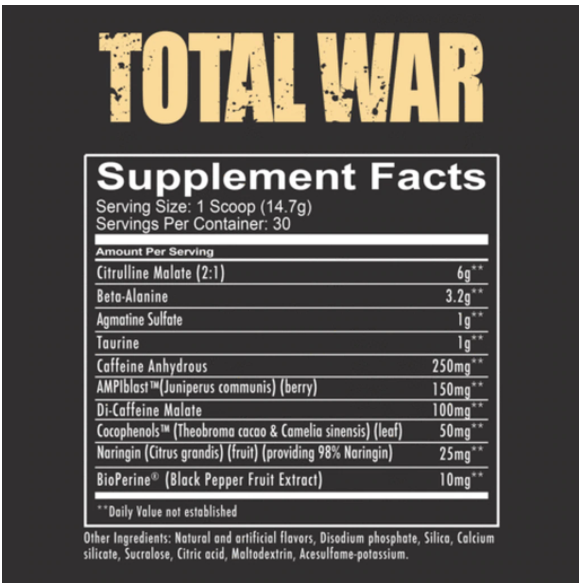