Nutrex Research Lipo-6 Hardcore is one of the most advanced slimming formulas. The burner is a combination of the patented CaloriBurn-GP (Grains of Paradise) formula, alpha-yohimbine and anhydrous caffeine and L-tyrosine. The preparation is designed to burn fat with the maximum maintenance of the developed muscle mass.

Lipo-6 Hardcore has been developed for advanced athletes and fintess enthusiasts who want to reduce body fat to a minimum level in the last phase of reduction. You will get the best benefits when using it at the end when your body fat level is less than 10%. Due to the content of yohimbine, we recommend using it away from carbohydrate meals.

High energy for many hours, thanks to which you feel less fatigue even with a significant calorie deficit

L-Tyrosine - supports brain function by supporting catecholamine synthesis. L-tyrosine supplementation in sport is used to increase the production of three key neurotransmitters, including epinephrine, norepinephrine and dopamine. Research shows that L-Tyrosine is a highly absorbable form for the body.

CaloriBurn GP - is a natural extract from the plant Aframomum melegueta. Originating in West Africa, Grains of Paradise (GP) is an ancient spice from the ginger family. The extract, agonistically acting on TRPV1 receptors and increasing the production of adrenaline and noradrenaline, promotes lipolysis, thanks to which it releases energy substrates necessary to maintain the continuity of the muscles involved in physical effort. By intensifying the degradation of previously accumulated adipose tissue, increasing the efficiency of thermogenesis taking place in brown adipose tissue. It promotes the appropriate hormonal environment by increasing testosterone synthesis and, acting anti-estrogenic, supports the formation of the appropriate body composition. By leading to a strong excitation of TRPV1 and TRPA1 receptors, it causes limiting their activity, which reduces the amount of pain experienced.

BioPerine - the active ingredient of black pepper, has a thermogenic effect. It can increase the blood supply to the digestive tissues, resulting in better digestibility of food components. It significantly improves the bioavailability of many active ingredients of supplements.

Huperzia Serrata - is one of the most desirable substances from the group of agents providing the so-called brain cheering. It allows you to achieve maximum concentration, focus and isolate our attention in almost every situation. It is perfect for people with very demanding mental work as well as students or high school graduates. Unlike many other stimulants that affect our mind, its effect does not weaken with time and we can benefit from hupercine supplementation for a very long time. Its natural source is the club moss Huperzia Serrata, and it is also used to alleviate the symptoms of Alzheimer's disease. It is also responsible for increasing the amount of bioavailable acetylcholine which is necessary in the process of restoring memory. 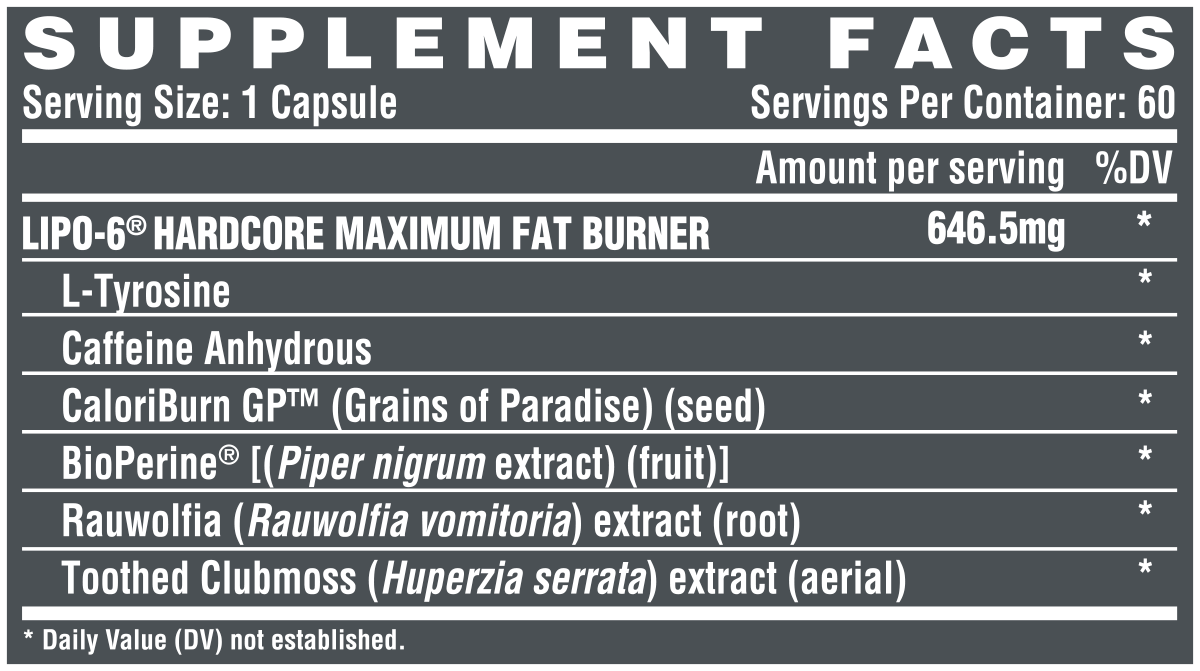