Noxious is a new offer from KILLER LABZ for all those who appreciate a solid muscle pump, as well as for those who are looking for a pre-workout supplement containing neither creatine nor caffeine. When using Noxious you can achieve better results, both strength and endurance.

The Noxious team includes, among others:

Citrulline malate 2: 1 - Participates in the synthesis of nitric oxide (NO) and phosphocreatine and glucose glucose metabolism, thereby increasing the uptake of oxygen, glucose, amino acids and creatine and energy production through muscle cells. It reduces the concentration of lactic acid and ammonia in the muscles, allowing the body to recover energy faster by increasing the level of creatine phosphate and resynthesis ATP. Citrulline malate is a much more effective form than high doses of arginine, as it is its precursor. At the same dose as arginine is more effective in increasing its amount in the body than arginine alone.

Glycerol - glycerol is a naturally occurring compound in our body. Its main function is to regulate the level of fluids in tissues and blood. The benefits we derive from this phenomenon are: improved absorption of compounds taken together with Glycerol, faster delivery of nutrients to cells, more anabolic environment, more visible use (associated with the movement of water from space, between muscle cells, into the blood) and more noticeable " pump effect "during trainings.

Agmatine - increases blood flow, supporting the process of "cleansing" of working muscles. In every cell there is a specific exchange of oxygen and nutrients for carbon dioxide and harmful metabolic products that the body needs to remove, and due to the increased blood flow, such exchanges take place faster so that the cells of muscle tissue can work longer and harder. Arterial blood contains essential muscle oxygen and provides nutrients such as amino acids, sugars, creatine, arginine from the outside. Thanks to the action of nitric oxide, the transport of the body is more efficient, thanks to which not only the cells receive nutrients but also the harmful metabolic products are removed more quickly.

L-Norvaline - protects against disintegration Guanidine (a compound necessary for the synthesis of m .: Creatine and Arginine), helps to increase the concentration of ammonium ions (thanks to which it reduces the acidity of our body, inhibits catabolism and accelerates anabolism). Norwalin inhibits the activity of an enzyme that breaks down arginine into urea and ornithine (arginase), which significantly increases the body's pool of this amino acid and intensifies its action. As a result, a greater amount of arginine can be used, for example, in the synthesis of nitric oxide - an important neuromodulator and vasomer. Thus, norwaline intensifies the pro-anabolic and anti-catabolic action of arginine, indirectly contributing to the improvement of exercise capacity and better blood supply and nourishment of muscle tissue.

Epimedium - a herb rich in ikaryna from the Berberidaceae family. Due to the not fully established influence of Epimedium on the activity of male hormones, manifested by testosterone activity or increasing the concentration of free testosterone through pathways independent of luteinizing hormone (LH), it supports the functioning of the male body. By blocking phosphodiesterase type 5 (PDE 5), it prolongs the life of cyclic guanosine monophosphate (cGMP) and supports its conversion to guanosine monophosphate (GNP), promoting penile artery dilation and extending erectile function. By increasing the synthesis of endotoxin nitric oxide synthase (eNOS), it enhances the production of nitric oxide (NO), which, by causing relaxation of blood vessels, improves systemic circulation. By inhibiting the activity of caspase-3, it inhibits the degradation of endothelial cells, the main area of ​​NO production. By limiting the action of S-adenosyl-L-homocysteine ​​hydrolase, it reduces the concentration of homocysteine, preventing cardiovascular degeneration. 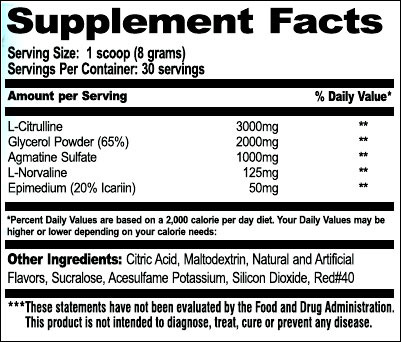