Lawless Labs Stenabol is a new supplement based on the mimetic exercise stimulating REV-ERB receptors, which improves the metabolic processes in the body and intensifies energy expenditure, increases the effectiveness of the reduction period. The new compound is an excellent supplement for bodybuilders because it supports the growth of muscle mass and increases the metabolic rate by accelerating fat burning. The preparation is also useful in medicine. In some cases, it is used during obesity, for people who cannot exercise to burn fat. It also shows promising results in reducing the level of bad cholesterol.

Stenabolic stimulates a protein in the body known as the Rev-Erb ligand. After oral administration, it is digested and absorbed by the body, where it can mimic or stimulate the receptors responsible for the Rev-Erb protein. Thus, it has a similar effect to androgenic steroids, which mimic the effects of testosterone by binding to the same receptors.

SR 9009 increases the body's efficiency and endurance, and thus promotes increased training possibilities. Perfect for endurance sports. Due to the properties that promote better regeneration of the body, when properly used, it will also work for people practicing strength sports.

The ingredient allows you to increase the metabolic rate. The body begins to use more energy. By using SR 9009, you can burn more calories faster. Additionally, as you develop muscle mass, you will burn even more calories, because the higher the muscle mass, the higher the caloric requirement. SR is effective in preventing excess calories from being converted into fat. SR9009 prevents the build-up of excess body fat and helps increase sugar metabolism. Its action can be defined so that the body behaves as if it was subjected to physical exertion. Thanks to it, you will burn more calories when you rest, stop accumulating fat, and at the same time maintain muscle mass.

Recommended for athletes and bodybuilders, it improves the rate of muscle growth.

SR9009 not only affects the endurance of our muscles, but also helps to burn fat. It increases the activity of mitochondria in the muscles, as a result of which we burn fat. Stenabolic can also be a great cardio option. Increased metabolism and better training endurance allows you to extend the training time.

SR 9009 regulates the level of triglycerides and helps the body burn carbohydrates. It is also used in the event of a decrease in muscle strength and density. This is a natural phenomenon as the body ages, and an ingredient can slow it down. The compound also helps fight obesity when people are not physically unable to exercise. Moreover, it is one of the best ingredients for lowering cholesterol. It regulates the level of many indicators of health condition, including: glucose, insulin, leptin. It improves the metabolic profile, and significantly supports the maintenance of good health, especially the cardiovascular system as well as organs and other parts of the body involved in the insulin-carbohydrate metabolism.

SR9009 has a very short half-life and wears out fairly quickly, so it's best to divide the doses into two or three daily. If you're using it to burn body fat, you should make sure you take it regularly at even intervals throughout the day. The cycle should not last longer than 12 weeks. 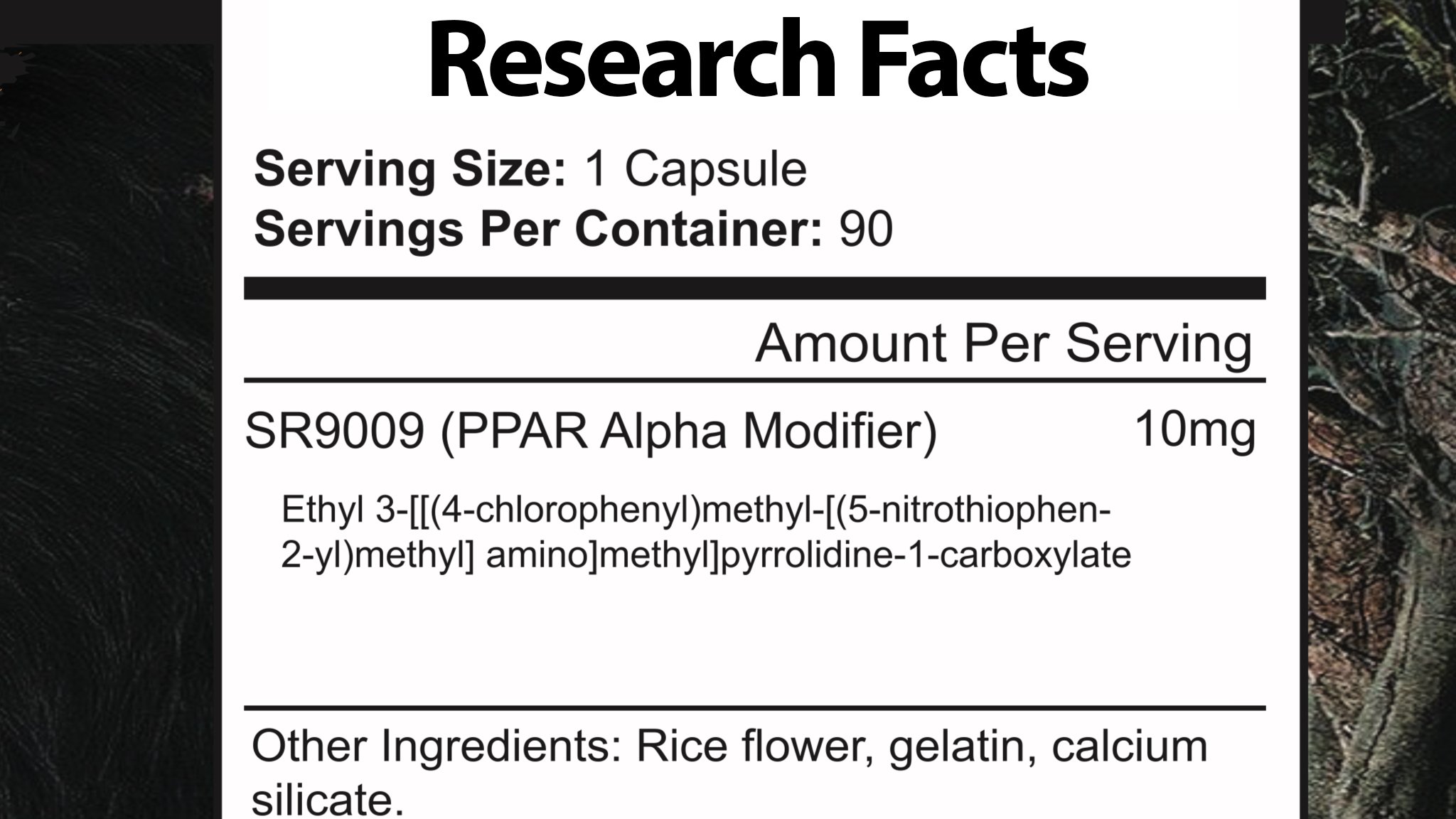