ANS Performance Diablo a new fat burner that provides increased energy, motivation and promotes endurance during training. The advanced formula rich in the highest-quality ingredients is one of the most effective in burning fat and accelerating resting metabolism. This is one of the best thermogenic fat burners.

The new improved formula has been developed to increase the release of fat from resistant fat storage cells. A fat burning supplement uses a fat burning mechanism that involves the loss of excess visceral and subcutaneous fat. In addition to slimming properties, Diablo increases energy, elevates mood and triggers motivation to physical activity. Diablo is a powerful burner with a thermogenic effect, which increases thermogenesis and improves the use of own body fat to generate energy. You will also find ingredients that suppress the appetite, thanks to which you will limit snacking throughout the day.

It intensifies the metabolism of free fatty acids

It affects the mood, increases focus and increases motivation

It suppresses the appetite

L-Carnitine L-Tartrate - a combination of L-carnitine and L-tartrate into one molecule, limiting damage to anabolic receptors. LCLT increases testosterone uptake by using it to build muscle mass. Effectively supports muscle growth and is responsible for their endurance.

Choline Bitartrate - choline bitartrate. Choline is a substance necessary for the proper functioning and construction of every cell in our body. It occurs in the body in compounds called phospholipids, the best known of them and the most abundant of them is lecithin. Phospholipids have many functions in our body, build cell membranes and act as transmitters in the nervous system (most likely they are involved in "creating" memory). An important function of choline is its participation in the transport and metabolism of cholesterol and other fats - it reduces their deposition in the vascular wall and gallbladder, and also affects the work of the liver (also reducing fat deposition) and kidneys (regulates the amount of urine excreted).

Adilase - a patented bulb lily extract has a beneficial effect as a nutraceutical. The healing properties of lilies include, among others, improving the efficiency of the lungs, relieve inflammation, have a positive effect on the heart and have a calming effect

Nelumbo Nucifera - the plant is a source of higenamine, it affects the production of nitric acid. Nitric acid affects the release of hormones and adrenaline. It is also certain that the product accelerates the regeneration time of the body, and also increases the amount of blood flowing, and thus the amount of nutrients supplied to the muscles is much greater.

Evodia Fruit Extract - rutacarpine is an alkaloid of plant origin isolated from the fruit of Evodia rutacarpa. It regulates the metabolism of nitric oxide, improves the oxygenation of cells and tissues, and also causes the expansion of blood vessels. The plant has a diuretic effect, allowing the removal of excess fluid from the body. It also has a beneficial effect on the functioning of the nervous system, increases the ability to concentrate and remember. In sports supplementation, it is used as a substance that increases the activity of other ingredients.

Olive Leaf Extract - the olive leaf helps to strengthen the immune system and improve health. It is especially recommended for people whose metabolic parameters are significantly different from the norm and increase the risk of developing civilization diseases such as atherosclerosis, diabetes, hypertension or obesity. It can also be used in the case of recurrent bacterial infections, viral infections and gastrointestinal parasites.

6AM Aframomum Melegueta - formula also known as Grains of Paradise. The extract, agonistically acting on TRPV1 receptors and increasing the production of adrenaline and noradrenaline, promotes lipolysis, thanks to which it releases energy substrates necessary to maintain the continuity of the muscles involved in physical effort. By intensifying the degradation of previously accumulated adipose tissue, increasing the efficiency of thermogenesis taking place in brown adipose tissue. It promotes the appropriate hormonal environment by increasing testosterone synthesis and, acting anti-estrogenic, supports the shaping of the appropriate body composition. By leading to strong excitation of TRPV1 and TRPA1 receptors, it causes limiting their activity, which reduces the amount of pain experienced.

Hordeum Vulgare Seed - common barley is an annual cereal. Young barley can be attributed a number of health-promoting properties, such as antioxidant, antidepressant, anti-stress, anti-inflammatory, and regulating blood cholesterol and glucose levels. Due to the high amount of antioxidant compounds, green barley neutralizes the harmful effects of free radicals on the body. As a result, it delays the aging process of the body and protects against excessive stress on the immune system. The glycoside flavone saponarin present in green barley has a positive effect on the healing process of the skin with defects caused by UV radiation. Moreover, it prevents oxidation of omega-3 acids and the formation of toxic malondialdehyde. The high content of insoluble fiber makes green barley an anti-constipation effect.

Start by using 1 scoop on an empty stomach 15-30 minutes before breakfast for the first 2 days to assess your ingredient tolerance. After completing the above steps, you can add 1 additional scoop to your morning portion (mix 2 scoops with 250 ml of water). Do not exceed the initial dosing schedule. 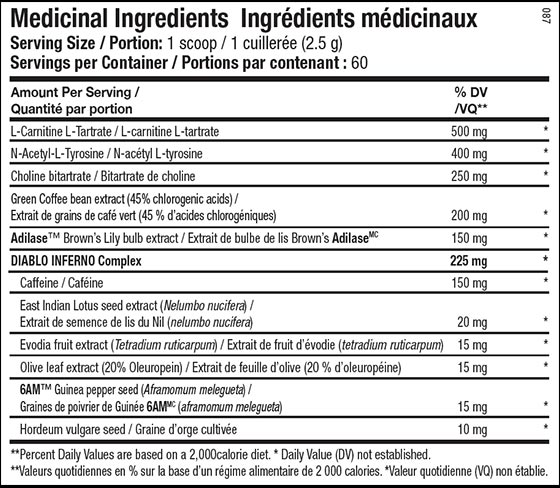