- affects the increase of the amount of ATP in the cell

It has antidiabetic, anti-cancer, anti-inflammatory, antibacterial, antiviral, antifungal, tonic, anti-rheumatic, hepatoprotective, immunomodulating (increases leukocyte activity and production). Cordyceps is a drug that supports leukemia, relieves the side effects of chemotherapy and radiotherapy, has anti-thrombotic effects, dilates blood vessels, is a powerful antioxidant that slows down the aging process, affects potency and improves physical condition.

In the latest research it was found that cordyceps positively affects the respiratory tract, thanks to which more oxygen (up to 40%) reaches the body cells, increasing the ability to generate more energy in cells by increasing the level of ATP by up to 30%. It increases efficiency during strength training and endurance sports - running, allows increased body efficiency, "deep" breathing, and prevents so-called. "hitting" the blood to the face.

Cordyceps is also an ideal preparation for anyone who does not like creatine, but they still want to benefit from the body's efficiency which it gives. In addition, it has been proven that it supports the functions of the immune system and improves glucose metabolism. Kordyceps is a very popular supplement for athletes and bodybuilders, who through intensified training can stimulate the growth of strength and muscle mass.

Another of numerous studies confirmed the use of the fungus as an aphrodisiac (also for women), which was supported by the results of a study conducted at the Medical Department in Beijing.

Apply 1 capsules 1-2 times a day before physical or mental activity. 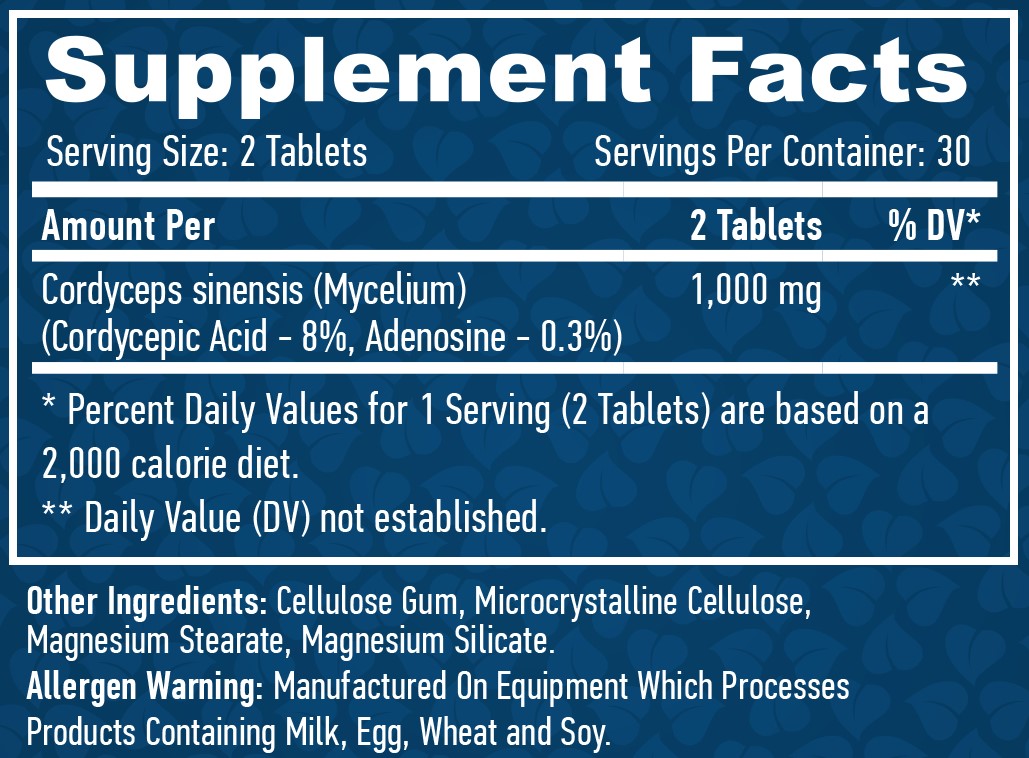