Gaspari Nutrition Hyper Amino is a new, unique formula rich in a complete set of micronized amino acids with high digestibility. High content of BCAA and EAA enriched with glutamine and taurine as well as arginine and citrulline in the matrix promoting blood flow. The whole product is completed with an energetic mixture containing Ilex guayus extract (Yerba Mate), Green Tea Extract and Guarana Extract.

Hyper Amino is an excellent alternative to coffee or energy drinks, while providing a regenerating effect and intensifying the feeling of a muscle pump. Used before training, it perfectly stimulates and nourishes the muscles. The supplement helps to maximize protein synthesis, improves regeneration and supports endurance and vasodilation, affecting the full appearance of the muscles.

L-Isoleucine - the supply of large amounts of Leucine reduces the level of the other two amino acids: Isoleucine and Valine, so it is important to use all three compounds together. In addition, Isoleucine is classified as glucogenic amino acids, i.e. those that the body can easily and quickly transform into the energy necessary for its functioning. This means that we will not only be able to train longer and more intensively, but also recover faster.

L-Valine - its presence in this combination is due not only to the aforementioned need to administer all three BCAA amino acids together, but also to reducing central nervous system fatigue. In addition, as in the case of the other two amino acids, it is easily converted into energy used by working muscles and thus allows you to save the glycogen stores accumulated in the liver.

Ajinomoto L-Glutamine - fermented L-Glutamine of plant origin. Ajinomoto® produces the purest and most bioavailable amino acids in the world. Thanks to their unique production process and 100% non-animal origin, they are highly appreciated by consumers. Micronized glutamine is obtained from sugar beets that are fermented with probiotic cultures. Actively participates in the processes of wound healing and microdamages. It demonstrates the ability to increase the volume of muscle fibers. It is present in the highest amount in free form, thanks to which it can quickly participate in the processes of protein biosynthesis and inhibiting the damage caused by enzymes that contribute to the breakdown of muscle fibers. belongs to the most effective anabolic hormones.

L-Taurine - is an essential ingredient in energy drinks, helping the body to draw energy from one of your favorite energy sources. Taurine in the body plays many functions: from supporting brain function, through the transport of creatine to the muscles, to supporting heart contractions. In the 1970s, when it was discovered that taurine inhibits catabolic processes in the muscles, and at the same time acts anabolic, it became extremely popular among athletes.

L-Citrulline - participates in the synthesis of nitric oxide (NO) and phosphocreatine as well as oxygen metabolism of glucose, thereby increasing the uptake of oxygen, glucose, amino acids and creatine and energy production by muscle cells. It reduces the concentration of lactic acid and ammonia in the muscles, which allows the body to recover energy faster by increasing the level of creatine phosphate and re-synthesizing ATP. Citrulline malate is a much more effective form than high doses of arginine, as it is its precursor. At the same dose as arginine, it is more effective in increasing its amount in the body than arginine alone.

L-Arginine - the most famous property of arginine is the synthesis of nitric oxide - a substance that dilates blood vessels. Thus, arginine contributes to a more effective and faster transport of nutrients and oxygen to working cells, as well as the discharge of toxic metabolic compounds that inhibit metabolic processes.

L-Tyrosine - drastically enhances the effect of the supplement when it comes to the secretion of adrenaline! With this combination of ingredients, you will maximize intensity and energy and experience better focus and mental clarity.

L-Histidine - is an essential amino acid. Plays an important role in the production of proteins. Takes part in the production of hemoglobin. It is an effective transporter of many key elements, e.g. zinc and iron. These micronutrients are one of the essential ingredients for the proper functioning of not only the heart and metabolism. Deficiencies of this amino acid are often associated with a low content of these metals, which in turn is reflected in the body's hormonal imbalance.

L-Lysine - lysine must be supplied from food because our body is unable to synthesize it. It shows antioxidant properties (destroys free radicals) and thus helps to fight diseases, helps to raise the level of growth hormone, present in the construction of collagen, facilitates the absorption of calcium and improves mental concentration.

L-Phenylalanine - an underestimated component of proteins, widely used both in the context of the development of the figure and anabolic processes, as well as improving focus, coordination and muscle feeling. The right dose of this compound significantly contributes to the more efficient work of the nervous system.

L-Threonine - has a very wide spectrum of action and affects the body comprehensively. One of its valuable properties is its influence on the condition of the skin. Threonine ensures proper skin hydration and prevents dehydration.

L-Methionine - is an essential ingredient for the synthesis of glutathione, one of the most important compounds in the context of protecting the body against free radicals and toxins. It seems that taking methionine simultaneously with paracetamol (or other drugs from this group) may have a protective effect on the liver and kidneys, preventing their damage. It is sometimes used in cases of poisoning with hepatoxic drugs, alcohol and ammonia. Supports the natural regeneration processes of connective tissue, skin, hair and nails.

Ilex paraguariensis Extract - known as Yerba Mate, rich in theobromine alkaloid. This compound has a diuretic effect, which helps to get rid of excess water from the body, masking the effects of reducing body fat. In this way, it directly influences the increase of the aesthetics of the figure by maximizing the muscle definition. In combination with caffeine, theobromine also has a thermogenic effect, accelerating the reduction of body fat.

Green Tea Extract - owes its slimming properties to catechins, namely a substance called epigallocatechin gallate (EGCG). Catechins contained in green tea extract exert a significant influence on the reduction of adipose tissue. They inhibit the absorption of fats from food and increase their use by the body. Additionally, green tea increases the activity of some enzymes responsible for the digestive process, has a positive effect on the liver metabolism, increases thermogenesis and accelerates the oxidation of fats.

Guarana Extract - has a strong effect on increasing the metabolic rate, suppressing your appetite and improving both physical and mental performance. Guarana extract can be used to increase mental alertness, combat fatigue, improve condition and physical endurance. Due to the slower absorption rate, guarana provides a more balanced supply of energy compared to the immediate effect of caffeine. It is a particularly useful supplement for anyone who wants to lose weight or improve their physical and mental performance.

1 scoop before or during training. 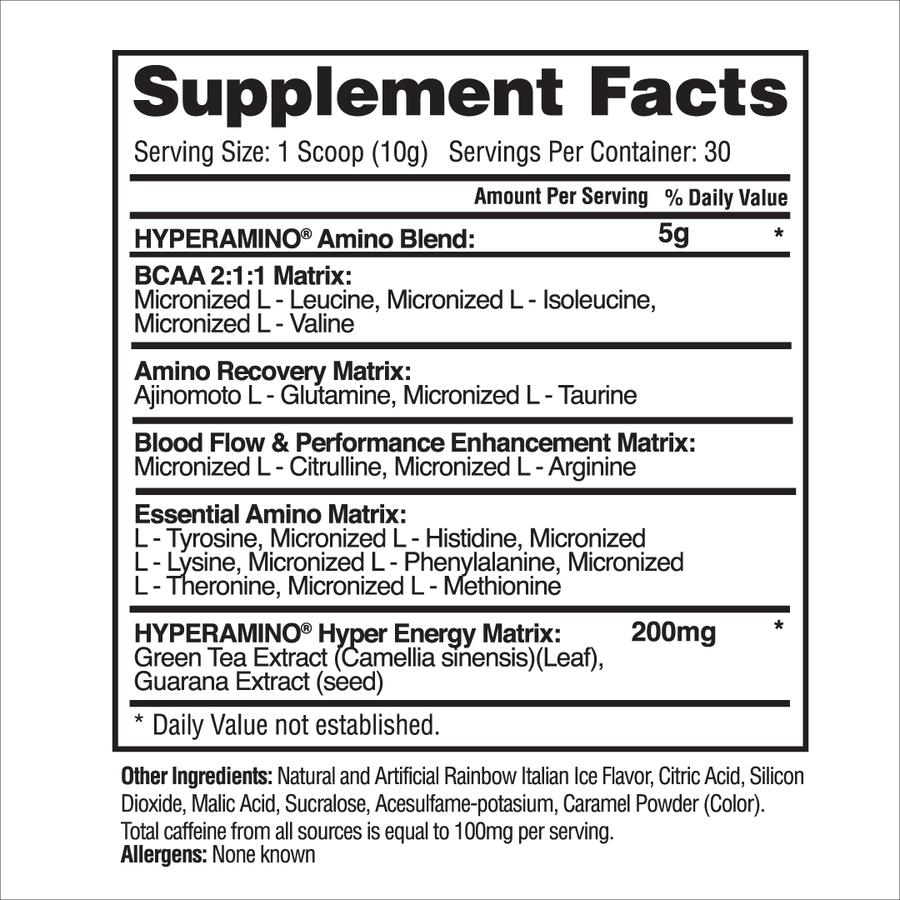