Amino Supreme contains a set of effective and strong ingredients that maximize the efficiency and regeneration of the body. Thanks to the rich blend of EAA amino acids, creatine, beta alanine, glucosamine, coconut powder extract and L-carnitine L-tartrate, they are a complete supplement to training.

The Amino Supreme supplement is a versatile amino acid product with a high content of amino acids - the Amino Acid Matrix contains less than 7g.

L-Glutamine - is the basic nitrogen storage and transporter. Glutamine supplies nitrogen to the muscles, where it is incorporated into amino acids and proteins, i.e. it stimulates anabolic processes. When other organs or tissues need nitrogen, they get it from the muscle tissue. Muscle proteins are then broken down, which is called catabolism, and their nitrogen is transferred to glutamine, which transports this element to other tissues. However, if, in a similar situation, the body has an adequate supply of ready-made glutamine - this supplies nitrogen to the tissues and there is no catabolism of muscle proteins. Consuming ready-made glutamine, e.g. in the form of a sports supplement, leads to the creation of a high nitrogen balance, i.e. such a state of the internal environment of the body that promotes anabolic processes - and at the same time - inhibits catabolic processes.

Leucine - affects the synthesis of skeletal muscles in several ways: it increases the secretion of insulin, a powerful anabolic present in our body, affects the activity of the S6 protein kinase, accelerates the phosphorylation of eIf4E binding protein and affects the degree of connection between proteins (eIF) 4E and eIF4G. All this, despite the complicated sound and naming, boils down to a very simple theorem - Leucine increases the degree and speed of protein utilization to build muscles.

Iso-Leucine - the supply of large amounts of Leucine reduces the level of the other two amino acids: Isoleucine and Valine, so it is important to use all three compounds together. In addition, Isoleucine is classified as glucogenic amino acids, i.e. those that the body can easily and quickly transform into energy necessary for its functioning. This means that we will not only be able to train longer and more intensively, but also recover faster.

Valine - its presence in this combination, owes not only to the aforementioned need to administer all three BCAA amino acids together, but also to reducing central nervous system fatigue. In addition, as in the case of the other two amino acids, it is easily converted into energy used by working muscles and thus allows you to save the glycogen stores accumulated in the liver.

L-Lysine - it must be supplied from food because our body is unable to synthesize it. It shows antioxidant properties (destroys free radicals) and thus helps to fight diseases, helps to raise the level of growth hormone, present in the construction of collagen, facilitates the absorption of calcium and improves mental concentration.

L-Threonine - has a very wide spectrum of action and affects the body comprehensively. One of its valuable properties is its influence on the condition of the skin. Threonine ensures proper skin hydration and prevents dehydration.

L-Histidine - belongs to the exogenous amino acids. Plays an important role in the production of proteins. Takes part in the production of hemoglobin. It is an effective transporter of many key elements, e.g. zinc and iron. These micronutrients are one of the essential ingredients for the proper functioning of not only the heart and metabolism. The deficiency of this amino acid is often associated with the low content of the mentioned metals, which in turn is reflected in the body's hormonal imbalance.

Creatine Monohydrate - it greatly increases strength and muscle mass. Creatine has a number of important functions in the athlete's body, taking part in energy processes, as well as creating and maintaining an anabolic environment conducive to muscle growth. It takes part in the transport and reconstruction of ATP - ATP acts as an energy carrier in our body, without it the course of most reactions, from simple syntheses to muscle contraction, would be impossible.

Glucosamine Sulfate - is the basic component of the synovial fluid. If the body does not have enough glucosamine, the goo becomes thinner and more watery and the joints are not lubricated enough and are more prone to damage. Providing the right amount of glucosamine in the form of a dietary supplement stimulates the production of synovial fluid. The latest scientific research has proven the effective action of glucosamine also in pain and arthritis. Glucosamine sulphate is absorbed very well, penetrating from the gastrointestinal tract into the diseased cartilage, which promotes its regeneration.

Beta-Alanine - present in the Amino Supreme supplement, is essential for the production of carnosine and protein-building blocks that help prevent the aging of the body. The compound supports the proper functioning and development of muscles. The amino acid is known to reduce muscle fatigue, which can help your muscles work better during training. This, in turn, promotes muscle growth. Beta-Alanine is especially helpful in intense short-term workouts such as weight lifting. Some people taking beta-alanine may notice a slight tingling sensation known as paraesthesia. The tingling occurs because beta-alanine dilates the blood vessels, allowing more oxygen and blood to be delivered to the muscles.

Raw Coconut Powder - a patented formula that hydrates the muscles with coconut water. Coconut water is used as a dietary supplement during increased sodium, potassium, chloride, calcium and magnesium requirements. Most often, deficiencies of the above-mentioned microelements occur in physically active people, engaging in exhausting sports, during increased physical exertion and profuse sweating.

L-Carnitine L-Tartrate - a combination of L-carnitine and L-tartrate into one molecule, limiting damage to anabolic receptors. LCLT increases testosterone uptake by using it to build muscle mass. It effectively supports muscle growth and is responsible for their endurance.

Vitamin C- is the basis of the structure of skin, bones, cartilage, tendons, blood vessels and valves in the heart. Ascorbic acid is a strong antioxidant, it accelerates the decomposition of harmful substances resulting from intense training, it also effectively protects against infections. Another advantage of this vitamin is the improvement of iron absorption and the improvement of oxygen transport to cells, which translates into improved muscle condition.

Vitamin B6 - is a coenzyme of many enzymatic changes in the body, including transamination and decarboxylation of amino acids. It is particularly important in the transformation of tryptophan, which produces serotonin and nicotinic acid. It is essential in the process of phosphorylation, influences glycogenesis and glycogenolysis in muscles, and plays an important role in immune and hematopoietic processes. It reduces the secretion of prolactin, which has a negative effect on male libido. Symptoms of pyridoxine deficiency are nonspecific: skin lesions, inflammation of the tongue and oral mucosa, seizures, hypochromic or megaloblastic microcytic anemia, polyneuritis, depression. Its lack may favor the development of oxalate urolithiasis. Pyridoxine is well absorbed from the gastrointestinal tract.

Vitamin B12 - is a vitamin responsible for the proper functioning of the nervous system, it is also involved in the metabolism of proteins and fats, and contributes to the proper level of homocysteine, supporting the circulatory system. It stimulates the production of serotonin - a neurotransmitter responsible for a good mood. It also acts directly on the brain cells to protect them from toxins. 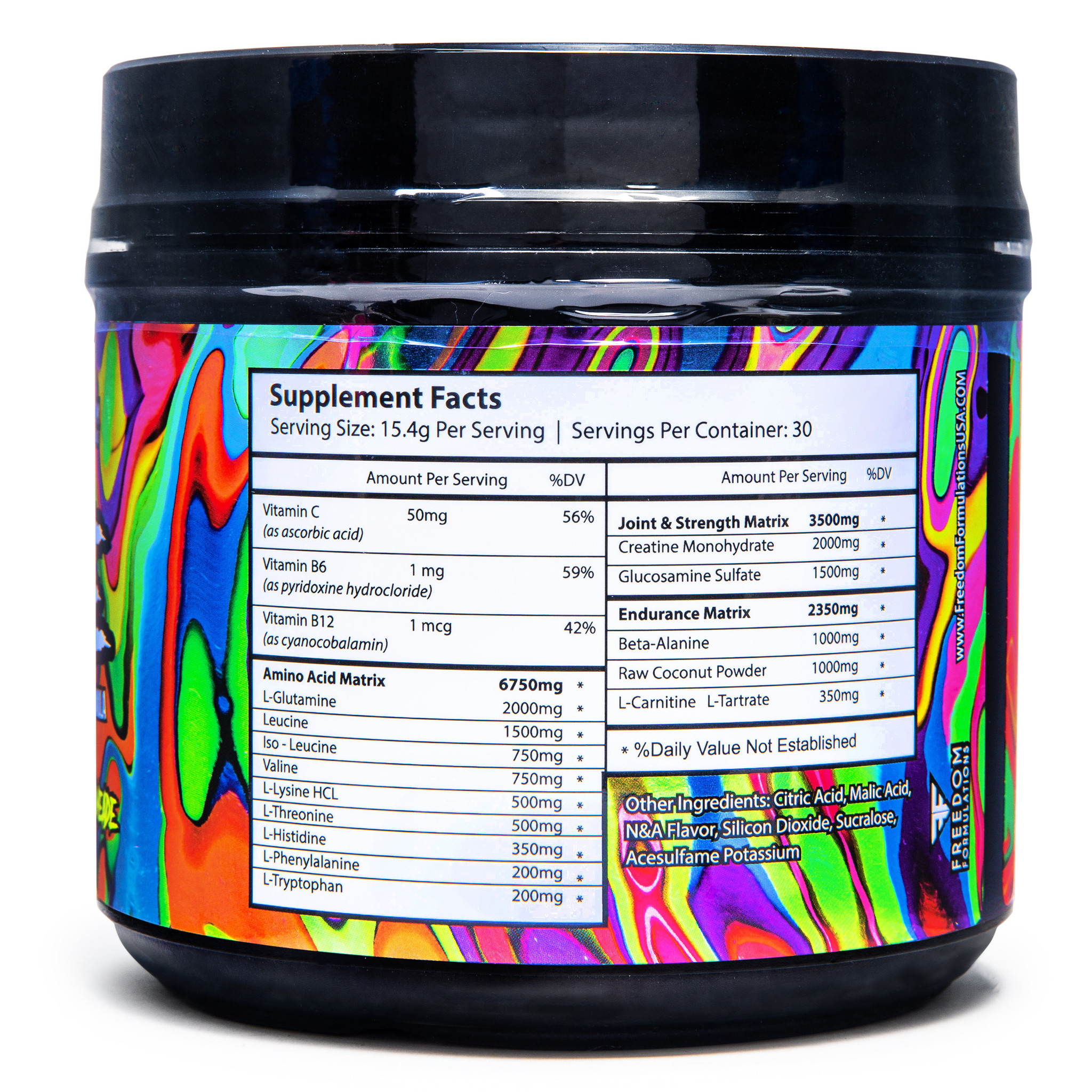