Juggernaut Nutrition Wild is already the third pre-workout product of this producer from the USA, well known on the European market. Disturb and Irate have beaten the heart of thousands of athletes. The producer himself describes Wild as a combination of the best ingredients of Disturb and Irate creating an uncompromising product. Interestingly, the manufacturer replaced 1.3 dimethyloamines with two other stimulants while guaranteeing powerful stimulation every time we reach for Wild. The use of new generation stimulants such as DMHA (up to 150mg per serving) and a completely new substance, 1.4 DMAA, has a positive effect on the well-being of the training users. In addition to DMHA and 1.4 DMAA, the manufacturer has placed agmatine in his product and as much as 5 grams of citrullin, which will satisfy every user who loves the pain accompanying muscles inflated to the limit. In addition to the visual aspect, a powerful muscle pump along with blood transports nutrients to your muscles allowing them to regenerate faster and thus grow faster! In addition, the manufacturer is known for the great flavors of their supplements that fit even the most fussy of you. This time, in addition to well-known flavors such as Skyttez and Braxtons sour pals (sour jelly), the brand new Wild Bear and Southern Sweet Tea were presented. 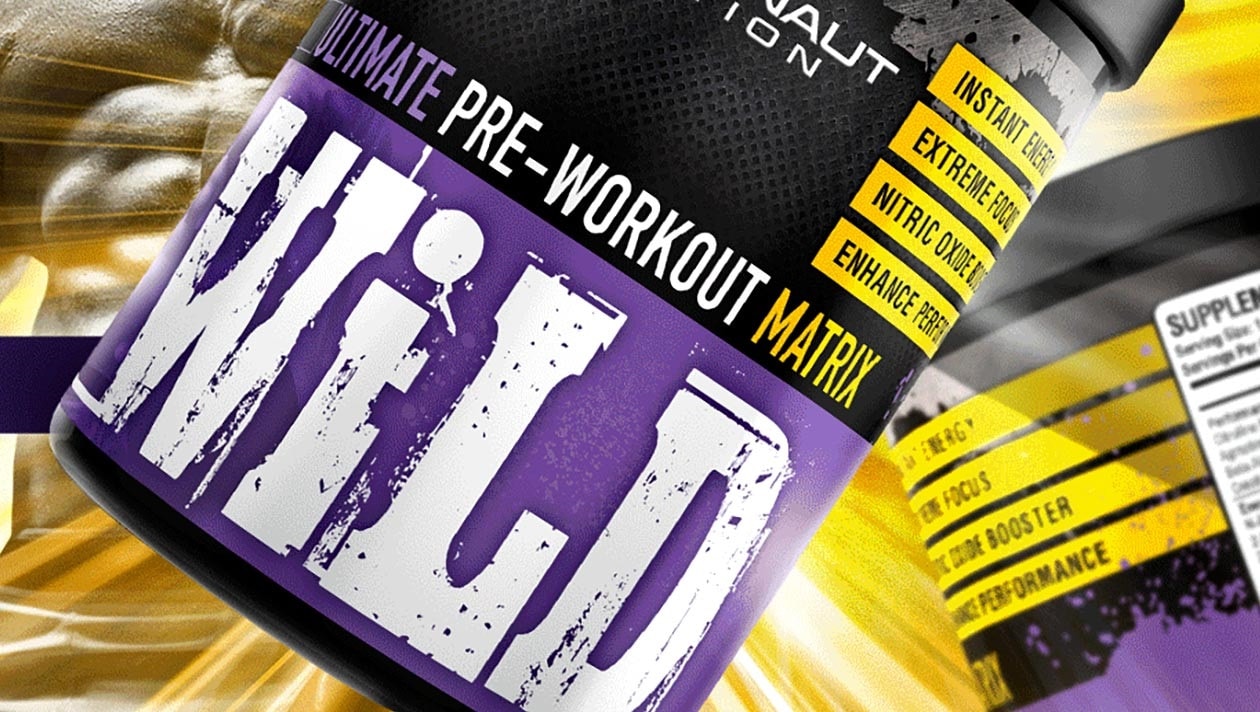 Wild includes, among others:

L-Citrulline - Participates in the synthesis of nitric oxide (NO) and phosphocreatine and aerobic glucose metabolism, thereby increasing the uptake of oxygen, glucose, amino acids and creatine and energy production through muscle cells. It reduces the concentration of lactic acid and ammonia in the muscles, allowing the body to recover energy faster by increasing the level of creatine phosphate and resynthesis ATP. Citrulline malate is a much more effective form than high doses of arginine, as it is its precursor. At the same dose as arginine is more effective in increasing its amount in the body than arginine alone.

Agmatine sulfate - Agmatine effectively increases the secretion of nitric oxide in the human body, which translates into a strong muscle pump feeling during training. Enlargement of blood vessels supports the supply of blood and nutrients to working muscles, which greatly speeds up the process of regeneration and construction of new muscle fibers. In studies using agmatine, it has been shown that its action may support protein synthesis even twice, which in addition to the action of agmatine itself, is also associated with the action increasing the supply of nutrients to muscle tissues.

N-Acetyl Tyrosine - Acetylated derivative of the amino acid L-tyrosine. Ordinary L-tyrosine is less stable and also less soluble in water, which can lead to reduced bioavailability. N-acetyl-L-tyrosine supports brain function by supporting the synthesis of catecholamine norepinephrine and dopamine (neurotransmitters). N-Acetyl Tyrosine helps in the proper functioning of the nervous system, helps maintain normal psychological functions and contributes to the reduction of tiredness and fatigue.

2 Amino-5 Methylhexane (1,4 DMAA) - A union similar in construction to the popular 1.3 DMAA offers a similar effect on increasing energy and concentration. It stimulates the process of reducing body fat, as well as helping to increase the intensity of training.

2 Amino-6 Methylheptane (DMHA) - is a stimulant that has other names such as 2-aminoisoheptane or octodrine. DMHA has a relaxant effect on the bronchi, thanks to which our aerobic capacity increases, moreover it has decongestant activity (narrowing blood vessels, causing an increase in the oxygen flow rate), does not cause "stupor" and sharpens the senses that could not always be experienced with dmaa.

Caffeine Citrate - Caffeine citrate has recently gained popularity in the fitness environment, because it raises the level of caffeine in the blood faster than other sources of caffeine.

Synephrine hcl - Another stimulant substance, a perfect complement to caffeine, dmha and 1,4 DMAA. It has specific properties to prolong the lifespan of adrenaline and norepinephrine released previously due to the rest of the substances contained in Wild.

Black pepper extract - has a thermogenic effect. It can increase the blood supply to digestive tract tissues, resulting in better digestibility of food components. It significantly improves the bioavailability of many active ingredients of supplements.

Summing up, Juggernaut Wild is a must for any pre-workout product fan from the USA! In terms of operation, it will satisfy even experienced users, allowing you to enjoy delicious taste as opposed to competing products.

Users reviews
Number of reviews: 4 Average score: 5.00
Score:
Author: Frankie, Liverpool
This is a amazing everyday pre workout. It is powerful but doesn't feel so overly stimmed. Thanks Bodyshock.
Score:
Author: Ludwig, Vännäs
One of the best pre workout supplements Ive tried
Score:
Author: Dimitri, Toulouse
1,75 scoop is perfect for me : 2h long workout with great clean energy and focus. Definitly a must have.
Score:
Author: Renata, Espoo
Amazing pre workout, extremely strong, started with half a scoop and and never exceeded more than one scoop. Gave me long intensive workouts. One thing to consider here is that you need to cycle on and off to keep feeling same effects. 1 month on and 1-2 months off is a great protocol to run any pre workout.
To rate this product or to add a new review, you need to log in.
Recommended