The manufacturer Nutrex Research used proven ingredients that increase the quality of training. This is an excellent pre-workout for competition preparation. It provides an optimal environment for muscle growth and development, which results in substantial muscles. The addition of yohimbine accelerates fat loss and increases libido. We recommend starting the pre-workout with half a serving to assess your tolerance to strong stimulants. The Warrior Pre is the perfect pre-workout for use during long training sessions or upcoming competitions.

Betaine Anhydrous - it helps to increase the body's efficiency and improve the work of the nervous system. An additional advantage related to the use of betaine is better cell hydration. Like glycine, betaine draws water with it when it is absorbed into the cell. This results in better hydration of the body and an increase in the feeling of a muscle pump during training. The main intracellular transporter of trimethylglycine in the body is the BGT-1 transporter. In addition, betaine stimulates the production of the vasodilator - nitric oxide. In general, the ingredient ensures better blood supply to the muscles and their nutrition.

GlycerSize - a patented, concentrated form of glycerol that provides super hydration of muscle cells for intense, long-lasting workouts. It is a highly hygroscopic substance that binds many water molecules, thus contributing to the strong hydration of the body. Hydration of muscle cells provides an optimal environment for anabolic processes and the proper functioning of muscle fibers. Reaching the muscles, it binds fluids, which makes the muscle more swollen and increases its efficiency.

Creatine HCL - pure creatine hydrochloride without any unnecessary flavors, dyes or preservatives. It is a highly efficient form of creatine that contributes to increasing physical efficiency, strength and muscle mass. Recommended for athletes and active people looking for an effective creatine supplement in the period of building their peak condition, which can be used even immediately before the competition because it does not cause subcutaneous water retention.

Choline Bitartrate - choline bitartrate is a substance necessary for the proper functioning and structure of every cell in our body. It occurs in the body in compounds called phospholipids, the best known and the most abundant of them is lecithin. Phospholipids play many functions in our body, build cell membranes and act as transmitters in the nervous system (most likely they are involved in "creating" memory). An important function of choline is its participation in the transport and metabolism of cholesterol and other fats - it reduces their deposition in the vascular wall and gall bladder, and also affects the work of the liver (also reducing fat deposition) and kidneys (regulates the amount of urine excreted).

L-Tyrosine - supports the functioning of the brain by supporting the synthesis of norepinephrine catecholamines and dopamine (neurotransmitters).

Theobromine - a compound known from the popular yerba mate, showing a diuretic effect, which helps in getting rid of excess water from the body, masking the effects of reducing body fat. In this way, it directly affects the aesthetics of the figure by maximizing the muscle definition. In combination with caffeine, theobromine also has a thermogenic effect, accelerating the reduction of body fat.

Huperzia Serrata Extract - one of the most amazing alkaloids used to increase the ability to remember. Hupercine A is one of the most desirable substances from the group of agents providing the so-called brain cheering. It allows you to achieve maximum concentration, focus and isolate our attention in almost every situation. It is perfect for people with very demanding mental work as well as students or high school graduates. Unlike many other stimulants that affect our mind, its effect does not weaken with time and we can benefit from hupercine supplementation for a very long time. It is available on the market both solo and as an important part of many complex supplements aimed at increasing mental abilities or improving memory. 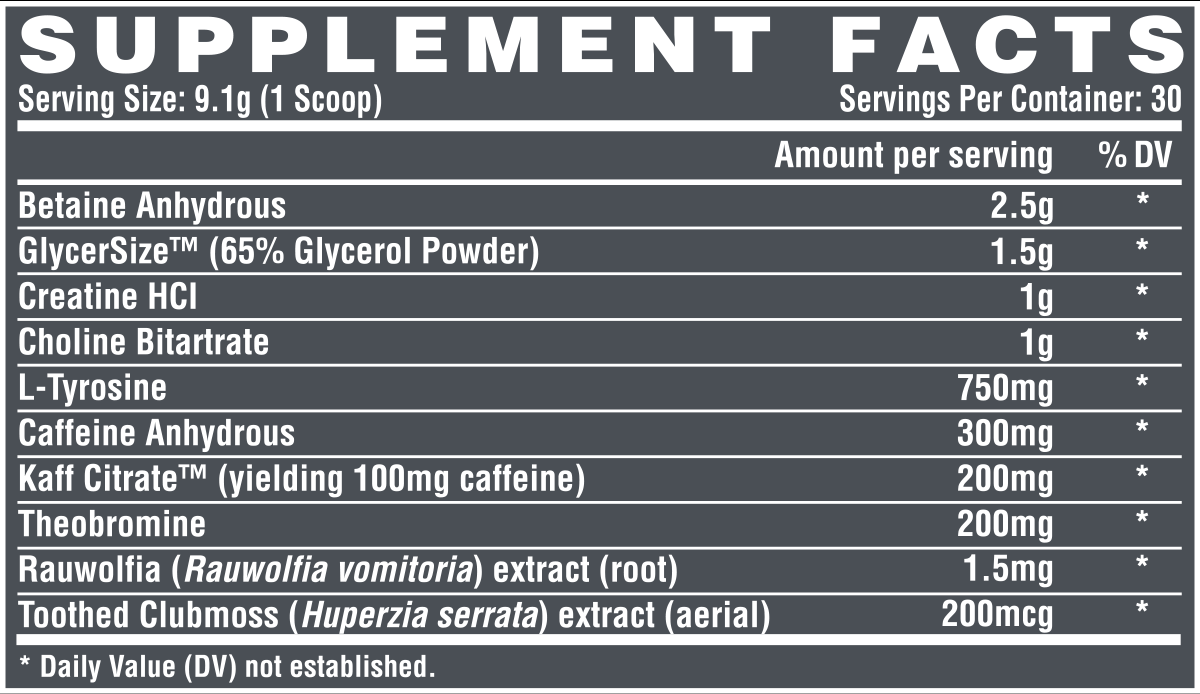