Static Labz Shock Wave a new pre-training stack supporting the body of athletes during training sessions. The advanced formula effectively increases the regeneration of the body, inhibits muscle catabolism and promotes cognitive functions. The advanced formula reinforced with DMHA and Agmatine affects the rapid loss of fat from the abdomen, thighs and buttocks, while increasing strength.

The addition of nootropic ingredients improves alertness and concentration. Shock Wave is a reliable formula that contains both stimulants and substances that are designed to increase the synthesis of nitric oxide. The addition of citrulline malate increases the production of nitric oxide in the body, maximizing the expansion of blood vessels, ensuring maximum muscle pump.

Citrulline Malate - citrulline malate participates in the synthesis of nitric oxide (NO) and phosphocreatine and the oxygen metabolism of glucose, thereby increasing the uptake of oxygen, glucose, amino acids and creatine and energy production by muscle cells. It reduces the concentration of lactic acid and ammonia in the muscles, allowing the body to recover energy faster by increasing the level of creatine phosphate and re-synthesizing ATP. Citrulline malate is a much more effective form than high doses of arginine, as it is its precursor. At the same dose as arginine, it is more effective in increasing its amount in the body than arginine alone.

Agmatine Sulfate - agmatine effectively increases the secretion of nitric oxide in the human body, which translates into a strong muscle pump feeling during training. The expansion of blood vessels supports the supply of blood and nutrients to the working muscles, which significantly accelerates the regeneration process and building new muscle fibers. In studies with the use of agmatine, it has been shown that its effect can support protein synthesis even twice, which, in addition to the action of agmatine itself, is also associated with the effect of increasing the supply of nutrients to muscle tissues.

DMHA - a strong stimulant with an effect similar to DMAA. It affects the central nervous system by increasing the level of dopamine and norepinephrine. It is the perfect complement to hard training allowing you to make tremendous progress in the gym, increasing your pain threshold for the best results. Intensive workouts combined with the use of DMHA give phenomenal results in the form of suppressing appetite, reducing body fat, increasing memory and creativity, and reducing anxiety by preventing fatigue. The preparation is an interesting alternative for people who are delighted with the effects of DMAA, but show poor tolerance to this stimulant.

Eria Jarensis - acts as a neuromodulator on the central nervous system, giving many benefits to cognitive functions. Provides mood-improving effects by increasing the level of dopamine and nor-adrenaline in the body. Dopamine is responsible for increasing the sense of well-being, and therefore Eria Jarensis extract provides a euphoric effect and at the same time reduces the feeling of anxiety. Dopamine and norepinephrine are also associated with increased mental alertness and concentration.

Octopamine - a natural substance whose source is the fruit of bitter orange. It exhibits the properties modulating the adrenergic system. It has a stimulating effect on beta-3 adrenergic receptors, which results in the breakdown of fat cells in the body. In sports supplementation, it is used in fat burners and pre-training supplements due to its thermogenic and lipolytic properties. The substance also effectively suppresses the appetite.

Hordenine - another stimulant substance that perfectly complements caffeine, geranamine and synephrine. While the main action of the latter substances is to stimulate the release of adrenaline and norepinephrine in the body, which initiate fat burning and energy changes, Hordein extends their lifespan. It prevents premature degradation of adrenaline, so the effect of stimulating and increasing the energy level lasts much longer. It is extremely important that due to hordein it remains at a stable level. The inclusion of this substance in the composition allows not only to strengthen the thermogenic effect. This is a great way to avoid the effect of a sudden energy descent.

Higenamine - an alkaloid obtained mainly from the seeds of Nelumbo Nucfera - the common lotus, in small amounts it can also be found in coffee. It shows a synergistic effect to NMT, causing the release of norepinephrine and adrenaline into the blood, which results in the expansion of the respiratory tract and thus increasing the body's efficiency. The compound acts as a stimulant, increasing energy and alertness. Higenamine reduces oxidative stress by protecting the body against free radicals.

Huperzine A - one of the most amazing alkaloids used to increase the ability to remember. Hupercine A is one of the most desirable substances from the group of agents providing the so-called brain cheering. It allows us to achieve maximum concentration, focus and isolate our attention in almost every situation. It is perfect for people with very demanding mental work as well as students or high school graduates. Unlike many other stimulants that affect our mind, its effect does not weaken over time and we can benefit from hupercine supplementation for a very long time. 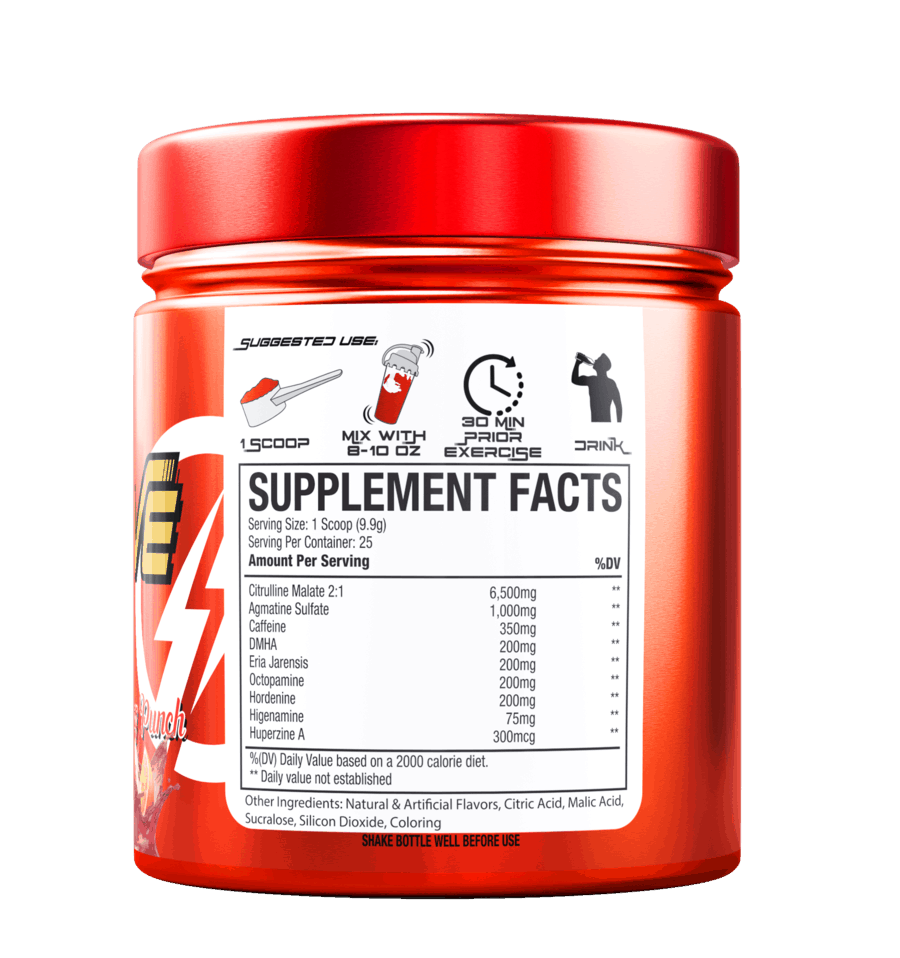