Citrulline Malate (2: 1) - participates in the synthesis of nitric oxide (NO) and phosphocreatine and the oxygen metabolism of glucose, thereby increasing the uptake of oxygen, glucose, amino acids and creatine and energy production by muscle cells. It reduces the concentration of lactic acid and ammonia in the muscles, allowing the body to recover energy faster by increasing the level of creatine phosphate and re-synthesizing ATP. Citrulline malate is a much more effective form than high doses of arginine, as it is its precursor. At the same dose as arginine, it is more effective in increasing its amount in the body than arginine alone.

Betaine Anhydrous - it helps to increase the body's efficiency and improve the work of the nervous system. An additional advantage associated with the use of betaine is better cell hydration. Like glycine, betaine draws water with it when absorbed into the cell. This results in better hydration of the body and an increase in the feeling of a muscle pump during training. The main intracellular transporter of trimethylglycine in the body is the BGT-1 transporter. In addition, betaine stimulates the production of the vasodilator - nitric oxide. Overall, the ingredient provides better blood supply to the muscles and nourishes them.

Peak02 - a powerful blend of six natural adaptogenic mushrooms that increase physical endurance. PeakO2 has been shown to improve the maximum amount of oxygen that athletes can use during training, while helping them use that oxygen more efficiently.

AGMass - is a highly pure and natural source of agmatine produced by modern fermentation methods. Agmatine effectively increases the secretion of nitric oxide in the human body, which translates into a strong muscle pump feeling during training. The expansion of blood vessels supports the supply of blood and nutrients to the working muscles, which significantly accelerates the regeneration process and building new muscle fibers. In studies with the use of agmatine, it has been shown that its action can support protein synthesis even twice, which, in addition to the action of agmatine itself, is also associated with the effect of increasing the supply of nutrients to muscle tissues.

L-Tyrosine - has a positive effect on memory and concentration, and improves the fat burning process. The supplement increases motivation, endurance and resistance to stress in intensively training athletes. In addition, the product accelerates metabolism, while increasing energy production from adipose tissue.

Choline Bitartrate - choline is a substance necessary for the proper functioning and construction of every cell in our body. It occurs in the body in compounds called phospholipids, the best known and most abundant of them is lecithin. Phospholipids have many functions in our body, they build cell membranes and act as transmitters in the nervous system (most likely they are involved in "creating" memory). An important function of choline is its participation in the transport and metabolism of cholesterol and other fats - it reduces their deposition in the vascular wall and gall bladder, and also affects the work of the liver (also reducing fat deposition) and kidneys (regulates the amount of urine excreted).

Coconut Water - contains a source of potassium electrolyte, which contributes to the proper functioning of the muscles and helps to replace the salts lost during training.

MagicLION Lion's Mane - patented lion's mane formula. It has been used as a natural nootropic for centuries. Especially widespread in China, where it was used to increase cognitive functions, improve mood and alleviate symptoms of memory loss. Lion's Mane Mushroom increases nerve growth factor production. The peptide promotes the growth of brain tissues, including dendrites.

Teacrine - is an alkaloid that is structurally similar to caffeine and also activates similar signaling pathways. Under natural conditions, theacrine is most likely synthesized from caffeine and then stored. It is believed to be the most concentrated in Chinese tea Camallia sinensis, where it occurs alongside caffeine and theobromine. This substance effectively increases the level of energy in the body, and its action is very similar to caffeine, with the difference that it works much longer, shows a slower increase in tolerance and does not cause unpleasant effects. In addition, the substance does not increase blood pressure.

Hordenine - this ingredient works primarily through the release and protection of norepinephrine, which translates into an increase in metabolism, energy supply, and a decrease in appetite. Athletes use Hordenine for three major gains: fat reduction, appetite control, and energy boost. The compound used by bodybuilders before training is combined with PEA (phenylethylamine) for synergistic effects.

BioPerine - piperine, the active ingredient of black pepper, has a thermogenic effect. It can increase the blood supply to the digestive tissues, resulting in better digestibility of food ingredients. It significantly improves the bioavailability of many active ingredients present in the supplement.

Huperzine A - one of the most amazing alkaloids used to increase the ability to remember. Hupercine A is one of the most desirable substances from the group of agents providing the so-called brain cheering. It allows for maximum concentration, focus and isolation of our attention in almost every situation. It is perfect for people with very demanding mental work as well as students or high school graduates. Unlike many other stimulants that affect our mind, its effect does not weaken with time and we can benefit from hupercine supplementation for a very long time. 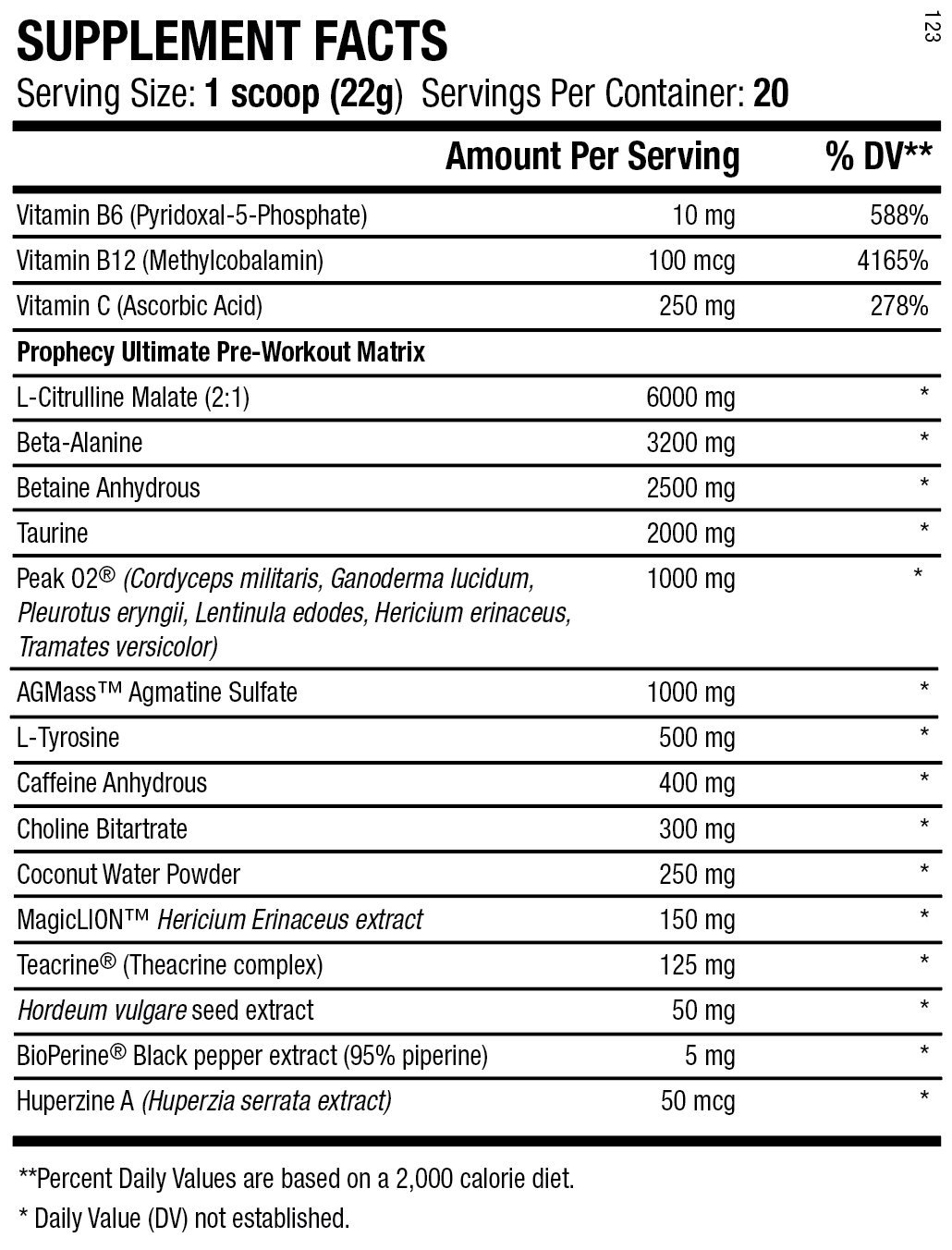