Lean Phase provides a highly stimulating effect of the nervous system, enabling all-day functioning at top speed without the feeling of fatigue even for athletes who spend long hours at the gym.

L-Tyrosine - endogenous amino acid, which is a precursor of neurotransmitters - dopamine, adrenaline and norepinephrine. These compounds are essential for the proper functioning of nerve conduction processes and intercellular communication. Adrenal hormones are produced in response to stress, and by preparing the body for strenuous exercise, they increase the use of adipose tissue as the most efficient source of energy. Tyrosine is also used to produce thyroxine - a thyroid hormone necessary for proper physical and mental development. It is responsible for stimulating the breakdown of fats, stimulates the absorption of glucose from the gastrointestinal tract and regulates the work of the sex glands.

2-Aminoisoheptane - a strong stimulant with an effect similar to DMAA. It affects the central nervous system by increasing the level of dopamine and norepinephrine. Intensive workouts combined with the use of DMHA give phenomenal results in the form of suppressing appetite, reducing body fat, increasing memory and creativity, and reducing anxiety by preventing fatigue. The preparation is an interesting alternative for people who are delighted with the effects of DMAA, but show poor tolerance to this stimulant. The chemical structure of DMHA and DMAA is very similar, therefore their action is similar.

Beta Phenethylamine - is an ingredient with a broad spectrum of activity. The main ones are: increasing cognitive abilities, improving mood, losing weight and improving concentration. It is credited with a neuromodulator. It is an organic chemical compound of amines, a natural monoamine neurotransmitter. In the brain, it causes the release of norepinephrine and dopamine - two very powerful neurotransmitters responsible for alertness and attention.

Citrus Aurantium - bitter orange is not an edible fruit, but it is an excellent source of vitamin C, the amount of which in the extract can reach up to 42%. Compared to regular oranges, bitter oranges are much richer not only in vitamin C, but also in antioxidants, e.g. bioflavonoids such as hesperidin. In addition to the high content of perfectly digestible vitamin C, bitter orange is famous primarily for the content of synephrine in the plant, which is a natural substitute for ephedrine. Synephrine has a similar structure to ephedrine. It is obtained in a natural way, from unripe citrus fruit, eg Citrus uranium L., Citrus aurantium L. This substance is a natural substitute for ephedrine. It is increasingly added to drugs and dietary supplements intended for athletes and overweight people. This compound increases the metabolism, reduces appetite and at the same time increases mental and physical activity. Synephrine increases blood pressure and affects the cardiac output. It dilates the bronchi, making it easier to breathe, effectively clears the sinuses and improves well-being.

Black Pepper Extract - the active ingredient of black pepper, has a thermogenic effect. It can increase the blood supply to the digestive tissues, resulting in better digestibility of food components. It significantly improves the bioavailability of many active ingredients of supplements.

Yohimbine HCL - yohimbine perfectly improves the results of athletes. Research shows that it can potentially increase energy expenditure, which contributes to the body's exercise capacity. Taking yohimbine before exercise or on an empty stomach increases the breakdown of body fat. Daily yohimbine supplementation intensifies the lipolysis process, especially in the body parts resistant to fat burning in men - abdomen, lower back, in women - thighs and buttocks.

Cayenne - human studies confirm the slimming effect of capsaicin. Its regular intake causes changes in protein concentrations related to thermogenesis and fat metabolism. It slows down the transcription of protein genes that stimulate the accumulation of adipose tissue and stimulates the transcription of protein genes related to the thermogenesis process.

Vitamin B3 - plays important roles in the body - is necessary, among others, for the proper functioning of the brain and the peripheral nervous system. Additionally, nicotinic acid is involved in the synthesis of sex hormones, cortisol, thyroxine and insulin. Scientists confirm the information about the equally surprising properties of vitamin B3. According to them, it improves the ability of immune cells to destroy Staphylococcus aureus (golden staphylococcus) bacteria. Under the influence of this vitamin, the number of white blood cells increases, which can neutralize and absorb harmful bacteria. 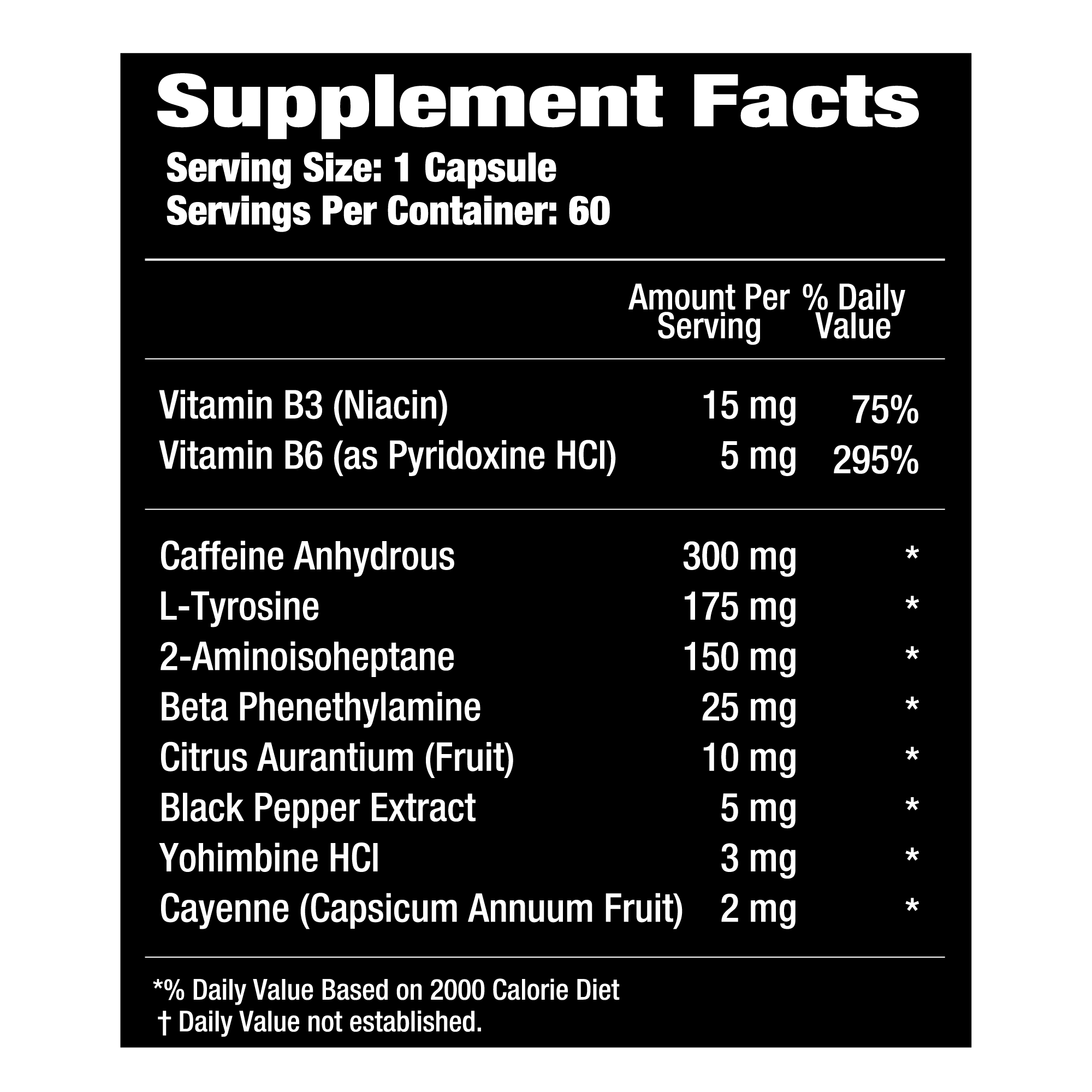