Haya Labs Maca Root is a dietary supplement containing maca root extract. Due to the many nutrients that are extremely valuable to the human body, maca root is considered a "super food" known as (superfood). The main use of maca root is: strengthening the immune system, reducing fatigue and accelerating the regeneration of the body. Moreover, its supplementation is believed to give vigor, influence the regulation of sex hormones and the proper functioning of the thyroid gland.

Maca (Lepidium meyenii) is a nutrient-rich plant native to Peru. It is characterized by an almost complete amino acid profile, the content of essential unsaturated fatty acids (EFA), the presence of vitamins (B1, B2, B3, C) and minerals (copper, zinc, manganese, iron, selenium, boron). In addition, maca root contains plant sterols, the use of which may have a beneficial effect on reducing blood cholesterol levels.

Maca root belongs to the group of substances called adaptogens. Adaptogenic activity is based on alleviating and counteracting the effects of physical and mental stress caused by harmful factors from the surrounding environment. Adaptogens regulate the state of the central nervous system, can increase the level of the body's adaptation to heavy physical effort and mental work, and help maintain homeostasis. They are used in states of exhaustion, fatigue and nervous system tension. Consuming maca leads to increased energy, endurance and resistance to stress.

Beneficial effect on the endocrine system

A large amount of research shows that Maca Peruvian can support the regulation of the female hormonal balance. Organic maca has been shown to stimulate estrogen production, suppress follicle stimulating hormone, and reduce the severity of menopausal symptoms (hot flushes and night sweats) in postmenopausal women. Another double-blind, placebo-controlled study found that maca reduced psychological symptoms, including anxiety and depression, and improved sexual dysfunction in postmenopausal women, both on the estrogenic and androgenic levels. These observations led researchers to conclude that maca should be used as an alternative or adjunct to hormone replacement therapy (HRT). Studies show that maca can increase sexual performance in men. The use of maca among men resulted in an increase in semen volume, sperm count during ejaculation, and sperm motility. 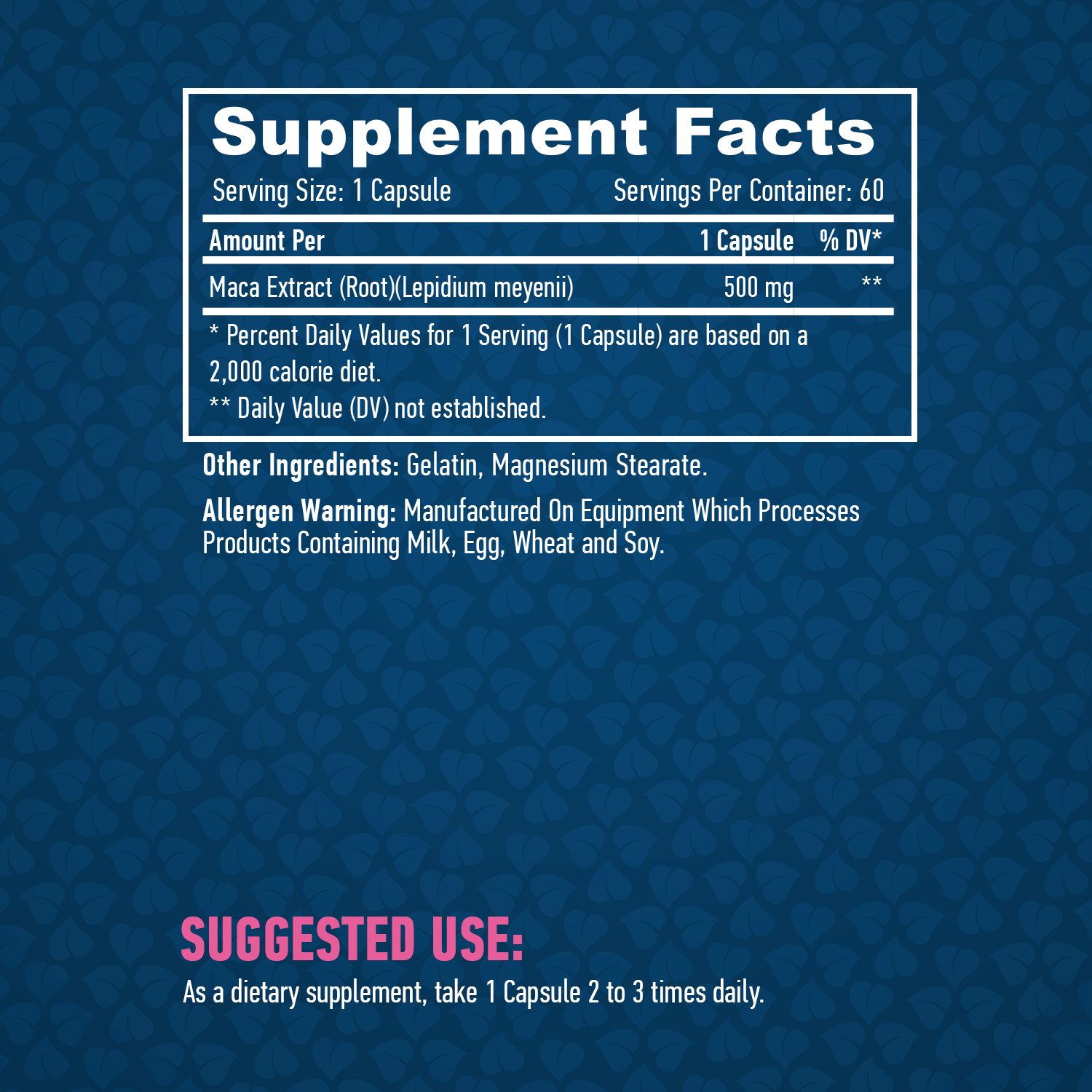