Rich in ingredients such as yohimbine, caffeine, n-acetyl L-tyrosine, Paradoxine formula, allows for rapid fat loss, accelerates metabolism and intensifies thermogenesis. The supplement reduces the level of adipose tissue while protecting muscle mass. It works especially on the fat located in the abdomen, thighs and buttocks. In areas of the body with stubborn fatty tissue.

The warming Powerful Thermogenic formula with the addition of ingredients supporting the nervous system is a great addition to a reduction diet. Extremely effective thermogenic LIPO-6 BLACK in the US version, unlike the EU version, contains the addition of yohimbine. The fat burner is intended for advanced athletes who tolerate strong stimulants well.

Choline Bitartrate - choline bitartrate is a substance necessary for the proper functioning and structure of every cell in our body. It occurs in the body in compounds called phospholipids, the best known and most abundant of them is lecithin. Phospholipids have many functions in our body, they build cell membranes and act as transmitters in the nervous system (most likely they are involved in "creating" memory). An important function of choline is its participation in the transport and metabolism of cholesterol and other fats - it reduces their deposition in the vascular wall and gall bladder, and also affects the work of the liver (also reducing fat deposition) and kidneys (regulates the amount of urine excreted).

N-Acetyl-L-Tyrosine - acetylated derivative of the L-tyrosine amino acid. Ordinary L-tyrosine is less stable and also less soluble in water, which can lead to reduced bioavailability. Acetylation increases the solubility and stability of some amino acids. N-acetyl-L-tyrosine supports the functioning of the brain by supporting the synthesis of norepinephrine catecholamines and dopamine (neurotransmitters).

Theobromine - is a substance found mainly in cocoa beans, popular yerba mate, coffee or tea. Its main features include diuretic, antihypertensive and thermogenic properties, especially in combination with caffeine and polyphenols. This substance stimulates the heart and dilates blood vessels, thanks to which it has a presumed blood pressure lowering effect (however, it has not yet been clearly confirmed by tests). Thanks to the use of Theobromine, it also has a positive effect on the definition of muscles.

Cayenne Pepper - the main active ingredient of Capsicum frutescens is capsaicin, which is famous for its spicy flavor. This organic chemical compound has an analgesic, antioxidant, antibacterial and hypotensive effect, and by influencing thermoregulation and fat metabolism, it supports the reduction of adipose tissue. The latest reports also mention its gastroprotective and anti-cancer properties.

Paradoxine - a formula containing the extract of Aframomum melegueta - Madagascar aframmon is a plant in West Africa. It is used as a substitute for pepper. It shows stimulating and diuretic properties by removing excess subcutaneous water from the body.

Rauwolfia Vomitoria Extract - a plant rich in yohimbine alkaloid. Yohimbine stimulates the sympathetic nervous system. The hormones adrenaline and norepinephrine are released into the bloodstream. This substance affects alpha-adrenergic receptors, increasing the loss of fat from the body regions (abdomen, thighs and buttocks). The increase in norepinephrine increases the lipolysis process. Yohimbine works for both slim and obese people. It significantly reduces the appetite, increases excitement and enhances erection, while also improving well-being. Yohimbine alkaloids exert a stimulating effect on the erectile center in the spinal cord. The extract rich in yohimbine improves the performance of athletes. Studies show that due to weight loss, it has a positive effect on the growth of muscle mass and minimizes fatigue. 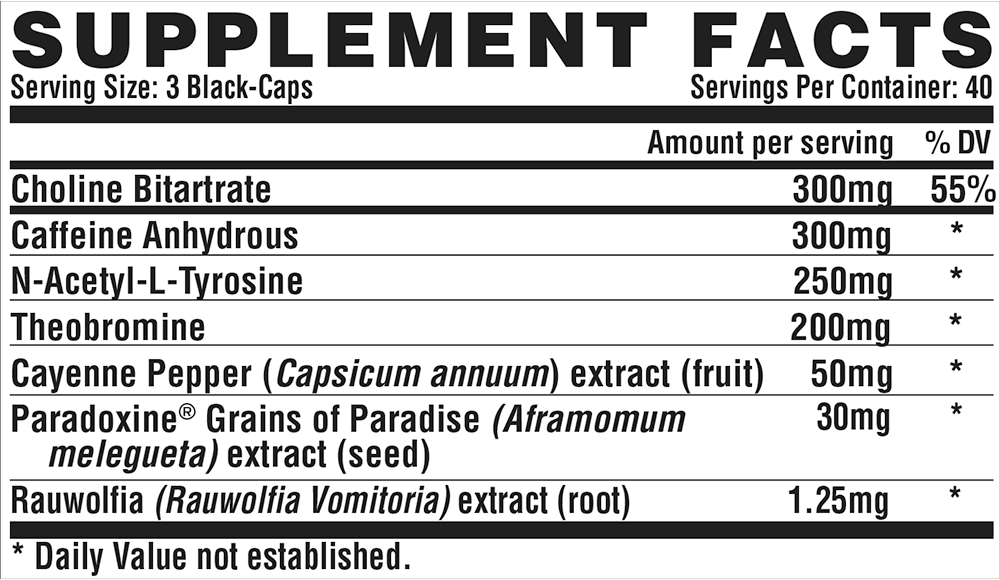