Berberis Aristata - a plant used for centuries in traditional Chinese and Ayurvedic medicine. Berberine exhibits numerous bio activities, including antioxidant, antidiabetic, antibacterial and cardiovascular protection. Studies show that using berberine lowers cholesterol. The natural active ingredient has hypoglycemic effects, lowering blood sugar levels, thus avoiding hyperglycemia. berberine increases insulin sensitivity and promotes the absorption and utilization of glucose in the body. According to some studies, it also regulates gluconeogenesis, a mechanism leading to the synthesis of glucose in the liver.

Momordica Charantia - Momordica charantia fruit extract (cucumber frightened) are abundant in triplepenes, phytosterols, saponins and alkaloids. The proteins and alkaloids of this plant inhibit the development of tumors. Momordica effectively regulates the level of sugar in the body, also increases tolerance to hyperglycemia. It accelerates the elimination of glucose inside the cells, acting similarly to insulin. It is recommended to use the plant to treat diabetes, weaken the body, reduce the secretion of digestive juices and cancer. Clinical studies show that administration of the plant extract to a group of diabetic patients significantly reduced cholesterol and triglyceride levels in the blood.

Cinnamomum Cassia - cinnamon is a tasty addition to sprinkling porridge, mixing with coffee or as part of cake or dessert recipes. It is also a great addition to any blood sugar regulating supplement. The effects of cinnamon have been widely documented in various studies to lower blood glucose, reduce body fat, and increase lean muscle mass.

Gymnema Sylvestre - is a tropical plant that originates in India. It maintains normal blood glucose levels and suppresses appetite. In addition, it improves metabolism, prevents diabetes and regenerates cells located in the pancreas. It is recommended for use by athletes and people prone to hypoglycemia. The use effectively prevents snacking, especially limits the desire for sweets. 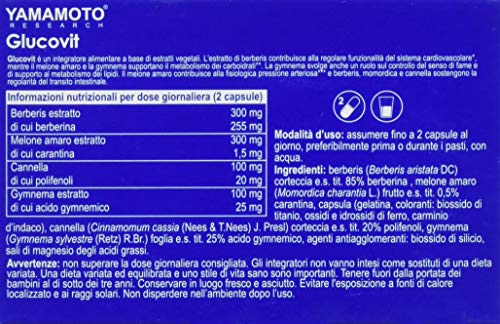