Axe & Sledge Dozer high-quality, complete supplement increasing the quality of sleep. The preparation contains a set of the most effective ingredients influencing healthy sleep and accelerates the regeneration of the body, which in turn contributes to faster muscle regeneration. Active ingredients will help your body regenerate and gain strength for the next day.

The supplement regulates the activity of neurotransmitters, helps to fall asleep, reduces stress and anxiety. It contains highly bioavailable forms of plant ingredients and amino acids, affecting the nervous system and maintaining a high level of testosterone in the blood. Natural, complete formula rich in mind boosters and adaptogens recommended for use at bedtime and intended for athletes.

It perfectly promotes restful sleep, reduces fatigue and influences faster return to training after exhausting physical activity. It can also accelerate sleep in the case of people using pre-workout supplements with high amounts of stimulants that can cause insomnia.

GABA - γ-aminobutyric acid occurs as an organic chemical compound from the group of amino acids, which acts as the main inhibitory neurotransmitter throughout the nervous system. It affects not only building muscles, but also helps to fall asleep, relieves anxiety symptoms, relaxes and calms down. GABA affects the nervous system by increasing the excitability threshold of nerve cells and thus limiting their sensitivity to stimuli. GABA causes relaxation, calming, and - due to the increased release of endorphins - a general improvement in well-being and a better mood.

Chamomile Extract - chamomile extract is responsible for a pronounced anti-anxiety and relaxing effect. It can reduce the snoring effect, thanks to which it improves sleep comfort, and protects against severe sleep apnea. What's more, due to the high content of bioactive ingredients, chamomile also has anti-inflammatory properties. It also improves immunity (it works very well in the most common colds), and improves the functioning of the circulatory system.

Ashwagandha Extract - Indian ginseng root extract popularly known as ashwaghanda, which is increasingly used due to its adaptogenic properties, i.e. increasing the body's resistance to stress factors. Also used in traditional medicine as a remedy for rheumatism, exhaustion, sexual impotence and even memory impairment. It contains many active substances, incl. Vitanolides, which are pharmacologically active compounds - have sedative, anti-cancer, cytotoxic and blood pressure lowering properties.

Passion Flower Extract - Perennial vine climbers, passion flower are widely known for their ability to reduce insomnia, anxiety, inflammation, burns and ADHD. It has even been used to treat more serious conditions including seizures and high blood pressure. Studies have shown that passion flowers can be as effective as synthetic prescription drugs for treating anxiety.

L-Theanine - is a non-protein amino acid found naturally in green tea leaves - camellia. It has psychoactive properties because it easily crosses the blood-brain barrier. It stabilizes the mood, calms down, relieves symptoms of stress and anxiety. Also used as a nootropic agent - improving cognitive functions, work efficiency and learning efficiency. Researchers have proven theanine's effectiveness in increasing concentration, alertness and productivity, and the effects are already visible within the first hour after administration. Scientists believe that theanine is responsible for the relaxing effect of green tea, which influences the intensity of alpha waves in the brain, possibly by influencing the activity of certain neurotransmitters, including dopamine and serotonin.

Mucuna Pruriens Extract - highly bioavailable for the brain, which easily and effectively increases the possibilities of dopamine synthesis. This amazing neurotransmitter is an extremely important element for the proper functioning of the nervous system and the flow of nerve signals. Dopamine deficiency has been demonstrated in people diagnosed with Parkinson's disease, especially in the regions of the brain responsible for its motor level. Low levels of this neurotransmitter may be manifested by the onset of memory loss, problems with achieving full focus and concentration, and it often affects the elderly.

5-HTP - a compound that is a direct precursor to Serotonin, a hormone that plays a very important role in the processes of appetite regulation, mood improvement and optimization of the secretion of other hormones. Since Serotonin itself does not have the ability to cross the blood-brain barrier, an effective way to increase its level is supplementation with its precursors, among which the most effective is 5-hydroxytryptophan. Numerous studies show a direct relationship between the administration of 5-HTP and the improvement of sleep, suppressing hunger pangs, normalizing the level of insulin, cortisol and prolactin, and relieving anxiety states. 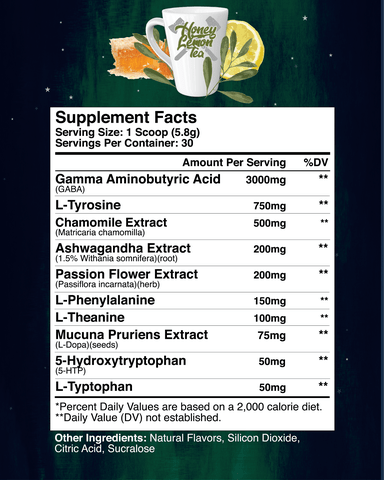