BCAA supplement based on highly bioavailable forms are chemically related to the salt of malic acid, which perfectly increases the amino acid. BCAA malate breakdown occurs much faster than other amino acids during exercise. It is recommended to use the preparation before / during / after training.

The use of the product before and during training prevents a decrease in the level of BCAA in the blood serum, preventing fatigue. The preparation promotes protein synthesis, enabling regeneration, muscle building and accelerated fat loss.

L-Leucine malate - leucine malate affects the synthesis of skeletal muscles in several ways: it increases the secretion of insulin, a powerful anabolic present in our body, affects the activity of the S6 protein kinase, accelerates the phosphorylation of the eIf4E binding protein and affects the degree of connection between proteins (eIF) 4E and eIF4G. All this, despite the complicated sound and nomenclature, boils down to a very simple theorem - Leucine increases the degree and speed of using proteins to build muscles.

L-isoleucine malate - supplying large amounts of Leucine reduces the level of the other two amino acids: Isoleucine and Valine, so it is important to use all three compounds together. In addition, Isoleucine is classified as glucogenic amino acids, i.e. those that the body can easily and quickly transform into energy necessary for its functioning. This means that we will not only be able to train longer and more intensively, but also recover faster.

L-Valine malate - its presence in this combination is due not only to the aforementioned need to administer all three BCAA amino acids together, but also to reducing central nervous system fatigue. In addition, as in the case of the other two amino acids, it is easily converted into energy used by working muscles and thus allows you to save the glycogen stores accumulated in the liver.

Glutamine - the most common amino acid in the body that performs a number of very important functions: it affects the process of glycogen replenishment, by increasing the rate of its synthesis in the liver, as well as by direct conversion to glucose, has a positive effect on the rate of protein synthesis and reduces their breakdown, strengthens the system immunity and counteracts diseases that could hinder training, plays an important role in the transamination process (enables the synthesis of new amino acids), is converted into glutamic acid, which is a source of energy for the nervous tissue, and has a number of other important, but less important from our point of view, functions.

Taurine - this amino acid increases the endurance of the body and prevents the symptoms of fatigue, and also improves our concentration. Taurine enables faster and more effective post-workout regeneration. Another important feature of this amino acid is that it reduces the negative effects of stress while we are on reduction and following a low-carbohydrate diet. Taurine is also anti-catabolic and supports the transport of creatine. 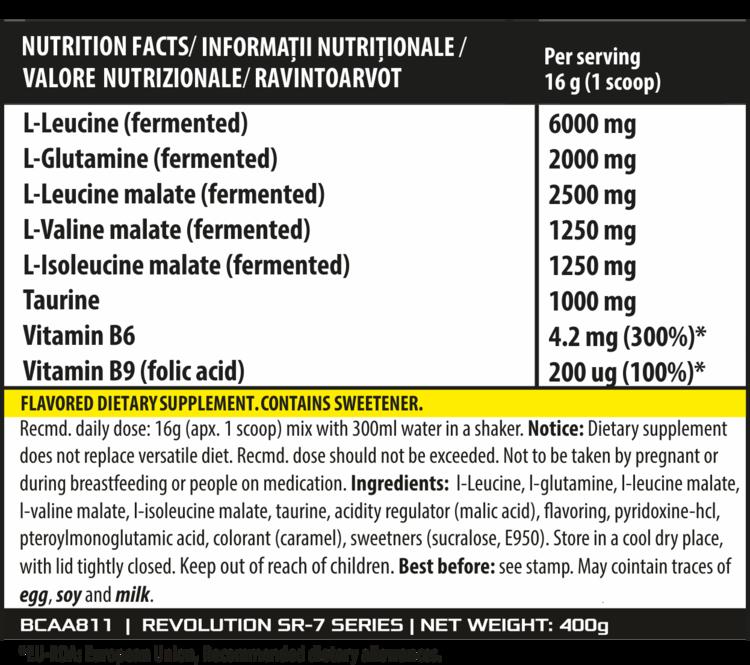