Arimezome 50 EPG PCT supplement restoring the hormonal balance of the body after a cycle using prohormones. It effectively increases testosterone levels while reducing cortisol and estrogen. The supplement contributes to the increase of strength and ensures the growth of lean muscle mass. Arimistane prevents the production of excess estrogen and also causes an increase in testosterone levels. In addition, it helps reduce cortisol, which causes muscle catabolism and an increase in body fat. Bulbine Natalensis increases testosterone levels by 347% and at the same time lowers estrogen levels. Epiandrosterone is a precursor of Stanolone, also known as DHT. Low levels of DHT reduce sex drive and impair the process of building muscle tissue. The right level of DHT ensures a better sex life, a positive mood, improvement of strength, muscle mass and reduction of body fat. Mucuna Pruriens acts as a precursor to dopamine. Dopamine is involved in mental processes such as motivation, mood and memory. In addition, it supports the growth of lean muscle mass.

Arimistane - a very strong aromatase inhibitor (AI) that works by a number of different mechanisms to bring our body into an anabolic state. It lowers cortisol and estrogen levels and at the same time increases the level of free testosterone. Users using arimistane noticed a significant improvement in libido and improved strength gains in training. In addition, by using a reduction diet you can notice an accelerated rate of burning fat deposits.

Bulbine natalensis - a plant originating from South Africa, traditional used as an aphrodisiac, has been used as a natural testosterone booster. In its natural form, Bulbine Natalensis is part of the Asphodelaceae family; belongs to the same family as the popular and well-known aloe vera. Rich in compounds such as tannins, saponins and alkaloids - compounds that give the plant medicinal properties. The supplement increases testosterone production, provides better training performance, and improves sexual performance. In particular, it increases gonadotropin releasing hormone (GnRH) signaling to stimulate the release of luteinizing hormone (LH), which directly affects the natural production of testosterone.

Eurycoma Longfolia - thanks to stimulating testosterone production and lowering cortisol levels, it also supports the process of building lean muscle mass. The extract, due to its plant origin, is safe to use and does not cause side effects. In addition, improved sexual performance: Eurycoma root extract also exhibits libido enhancing properties, enhances sexual performance and has a beneficial effect on sperm quality. Thanks to the substance - 9-hydroxycanthin-6-on - this agent has a positive effect on erection and fights troublesome problems, such as premature ejaculation. In addition, it increases the amount and motility of sperm in the semen, thanks to which it improves the reproductive capacity of a man. It also translates into improved well-being, self-esteem and confidence.

Avena Sativa - considered by many to be a natural viagra, is used for both men and women to stimulate excitement. It can increase sexual desire and restore the proper functioning of the nervous system, promoting a healthy state of mind.

Epimedium-horny goat weed works mainly by inhibiting the enzyme acetylcholinesterase (AChe), which directly leads to an increase in the level of neurotransmitters responsible for sexual stimulation. In addition, it has a positive effect on testosterone levels.

Mucuna pruriens Extract - highly bio available for the brain, which easily and effectively increases the possibilities for dopamine synthesis. This amazing neurotransmitter is an extremely important element for the proper functioning of the nervous system and the flow of nerve signals. Dopamine deficiency has been demonstrated in people who have been diagnosed with Parkinson's disease, especially in the regions of the brain responsible for its motor level. Low levels of this neurotransmitter may be manifested by the onset of memory loss, problems with achieving full focus and concentration, and this also often affects the elderly.

N-Acetyl cysteine-acetylated form of L-cysteine, which is responsible for the regeneration of the body through secreted endogenous glutathione. In addition, the product supports regeneration and improves exercise parameters. Cysteine, among other things, improves the body's antioxidant functions, increases the level of immunity, supports the fight against viruses or infections, acts anti-catabolic, protects muscle mass.

Milk Thistle - contains silymarin, which is a comprehensive plant compound used in medicine, consisting of flavonolignans (silybin, isosilybin, silicristine, silidianin, taxophylline). Available sources indicate that the use of silymarin is very extensive: antioxidant, anti-inflammatory, liver protective in terms of toxins, detoxifying, antiproliferative, diastolic and stabilizing the structure of cell membranes.

3b-hydroxy-etioallocholan-17-one- transforms into Stanolone and becomes very androgenic. Epiandrosterone does not aromatize to estrogen, so water retention and gynecomastia do not occur. This compound does not build a large amount of mass compared to other prohormones, but is especially good for muscle strength and density increases and definition, which makes it great for use during the reduction cycle or next to prohormones that help build mass. One additional benefit of epiandrosterone is that it has an immediate neurological effect, so from the first dose there is increased training aggression and endurance. 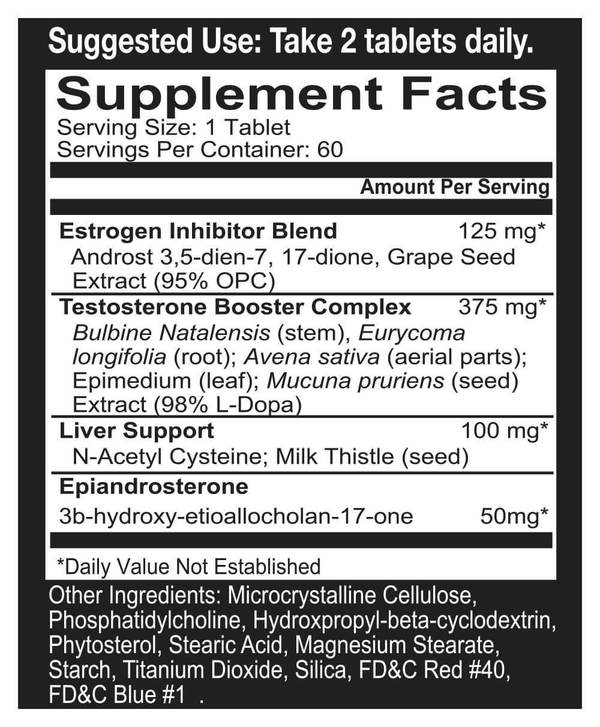